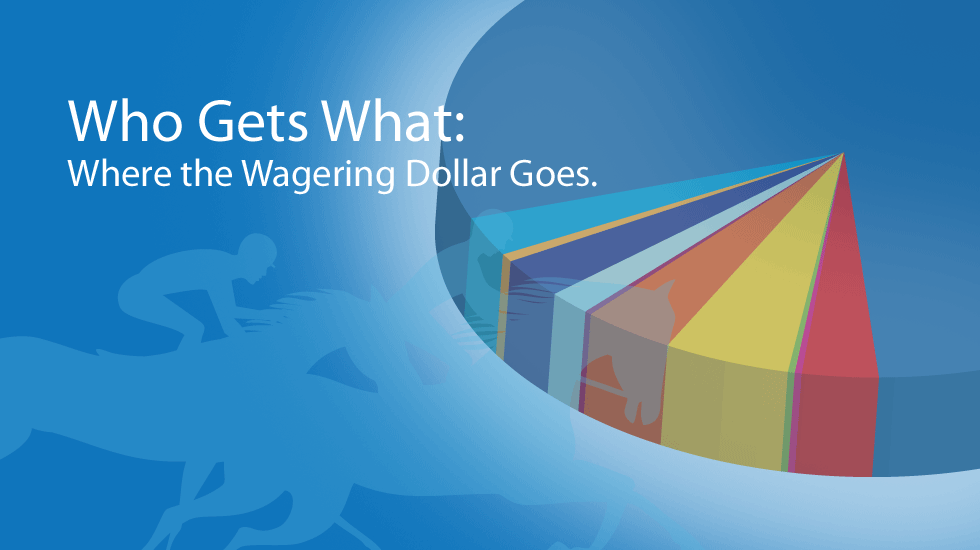 It’s one thing to know how much handle is generated from racing and quite another to understand how much of it can be considered “revenue” and to where it should be distributed.

For starters, “handle” refers to the total amount of money wagered. Bettors get back most of this money – roughly 80% – in the form of winning wagers, with the rest deducted or “taken out” for various racing and government interests.

The actual “takeout” deducted varies depending on the type of wager being made and whether it is a conventional (win, place and show) wager or exotic wager. It is distributed in accordance with California law among those with a vested interest in the business. This includes horsemen, racetracks, off-track wagering facilities, breeders, cities and counties where tracks are located, and equine and other charities.

In California, there are four places where bets are considered “made:”

The location of races can include: live, out of zone and out of state. “Live” refers to those races being run in the zone where the bet is placed. Out-of-zone races are those run at a California track in another part of the state – generally North or South, such as at Golden Gate Fields when Santa Anita is running live and vice versa. Out-of-state races are those races run at out-of-state tracks such as Churchill Downs in Kentucky or Gulfstream Park in Florida, which are simulcast to California.

The simplest way to understand this maze is to start by identifying the location at which a bet is being placed, then the origin of the race, followed by the type of bet.

For purposes of this article, the total distributions for all 2015 California Thoroughbred and Fair race meets were used and form the basis for the following illustrations. Keep in mind that these percentages were averaged for ease of understanding and will vary slightly from one race meet to the next depending on variables such as the mix of conventional and exotic wagers and the fees negotiated on out-of-state races.