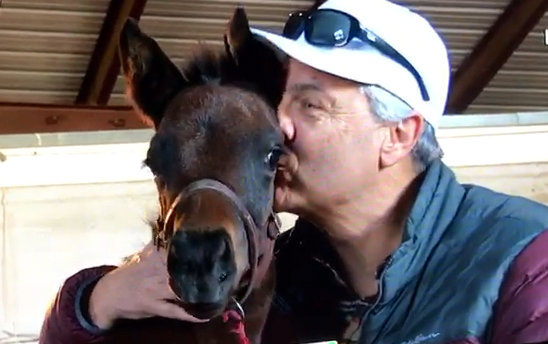 The TOC Owner Relations Committee, under the direction of chair Terry Lovingier, is moving forward with the production and distribution of a series of short videos highlighting the people and programs dedicated to providing care, kindness and a good life for our racehorses. The ultimate goal is to inspire people everywhere to take and submit their own short videos, eventually becoming part of a widespread online media campaign.

“We often hear people talk about the faults and problems in our industry, but this is a chance to highlight all of the good things we do,” said Lovingier. “These 30-second vignettes will not only be shown on our website, but can also be shown at the tracks between races and posted on social media sites. With some work,” continued Lovingier, “we can create a groundswell of good publicity and good feelings about our relationship with our equine friends.”

The videos will focus on such subjects as the birth of a foal, the humans who touch and interact with our horses on a day-to-day basis, and the re-careering of racehorses. Click here to watch We Care videos on our YouTube channel.

TOC will be joined by TVG and the California tracks in the production and distribution of the videos. The TOC Owner Relations Committee includes board members Allen Aldrich, Gary Fenton, Samantha Siegel, and Kathy Walsh. Watch for announcements about the campaign on our website, www.toconline.com.

Terry Lovingier has served on the TOC board since 2013 and also serves on the Racing Affairs Committee. He owns and operates Lovacres Ranch east of Temecula, which encompasses over 500 acres and where he stands several stallions including Awesome Gambler, Empire Way and Swiss Yodeler. He campaigned G1 Santa Anita Oaks winner Willa B Awesome.

For more TOC news, check out our latest newsletter here.