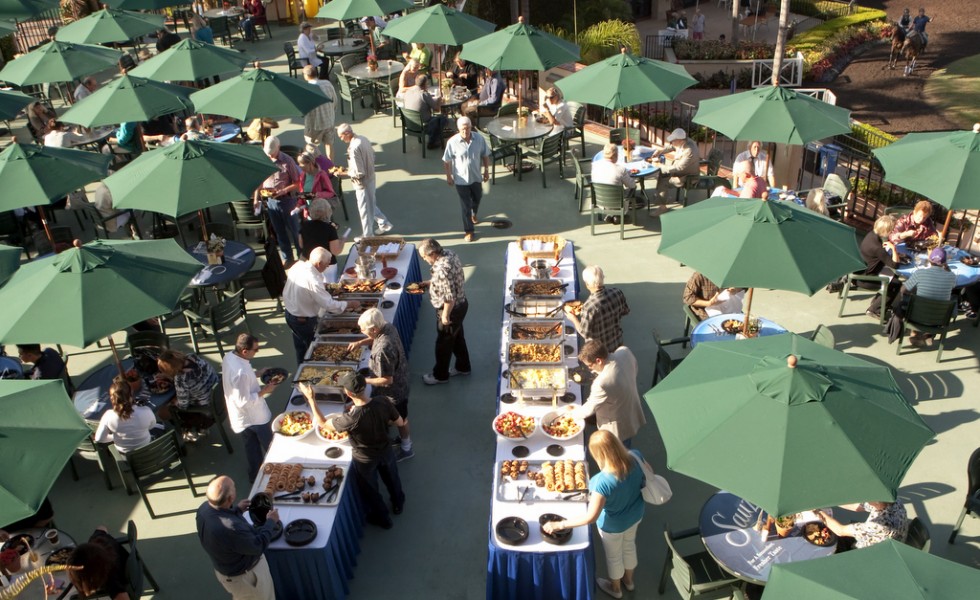 Nearly 200 people attended the TOC Annual Membership Meeting at Del Mar on Saturday, August 23rd. Held in the Veranda Cafe, the event kicked off at 8:30 a.m. with a delicious breakfast. TOC President, Joe Morris, presided over the brief business meeting, during which he introduced board and staff members, provided information regarding TOC operations for the past fiscal year ending June 30, 2014, and reviewed TOC’s organizational structure.

He then gave an update on the year in review, noting that purses generated in 2013 totaled $126.4 million – up 2.5% from 2012; economic indicators for year-to-date purses in California were up 1.07% from the same period last year – outpacing national economic indicators for the same period; and TOC again participated in the successful Ship and Win program at Del Mar, which helped create bigger fields as well as a positive return on investment. He also listed TOC’s accomplishments for 2013-14 and priorities for 2014-15.

The business portion of the meeting was followed by presentation of TOC’s annual owner awards and a lively and informative question and answer session.