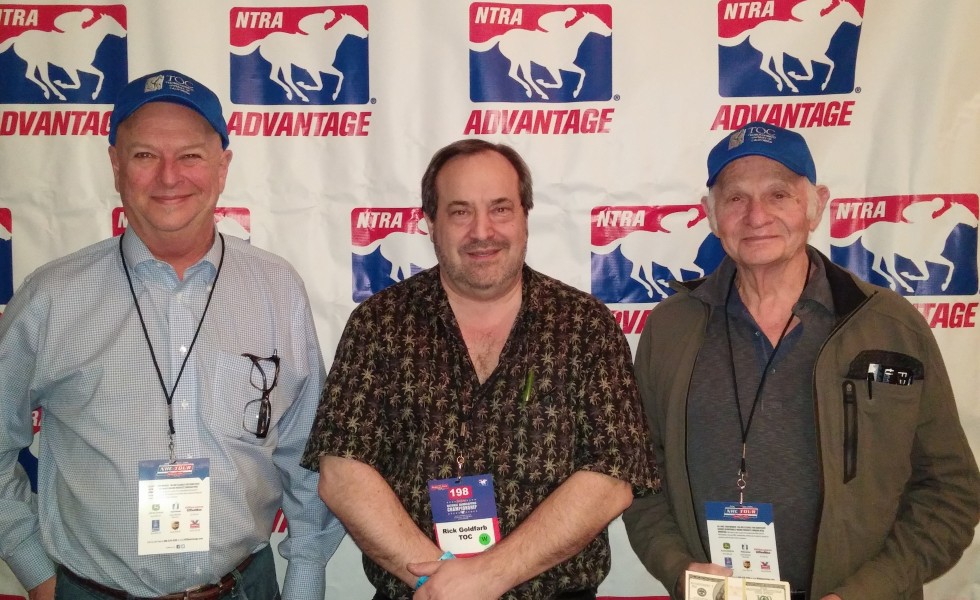 They joined more than 600 entrants to compete for the largest purse in handicapping tournament history — $2,363,000 — and an Eclipse Award as “Horseplayer of the Year.” The three-day tournament, Friday to Sunday (Jan. 23-25) at Treasure Island, offered a first-place prize of $800,000.

Although none of the TOC contestants placed in the top 50 (Shapiro placed 79th, Goldfarb 266th and Hug 335th), a good time was had by all. As Shapiro put it,

“It was, at least for me, a once in a lifetime great experience with the whole procedure so professionally accomplished. An experience that took a lot of time and effort from all those behind the scenes, from the TOC Del Mar Handicapping Contest to the final Rewards banquet, what a great time experienced by all without any financial burden.”