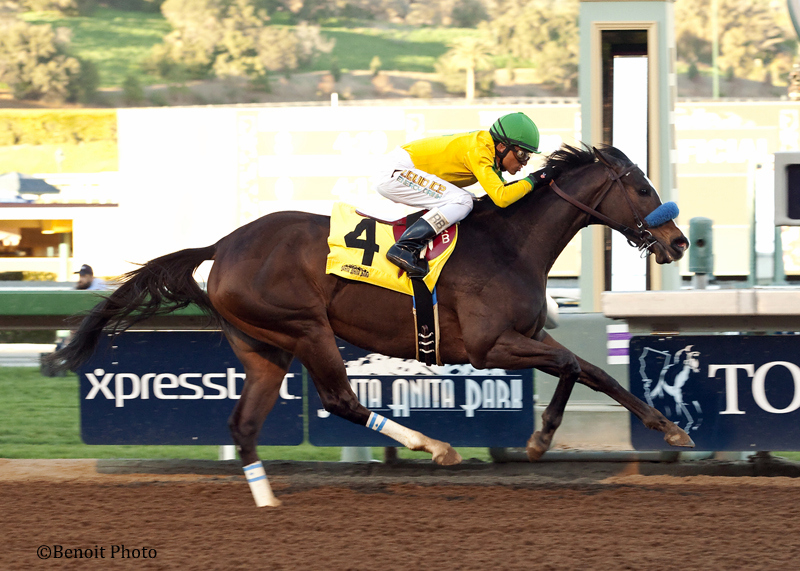 Thegirlinthatsong pounced on pacesetter Jojo Warrior a quarter mile from home and went on to win Saturday’s Grade II, $200,000 La Canada Stakes by 4 ¼ lengths under Rafael Bejarano as even money favorite Lexie Lou got up for second.  Thegirlinthatsong is trained by Jerry Hollendorfer for the partnership of Gatto, Hollendorfer, and Tim and Peter Russo.