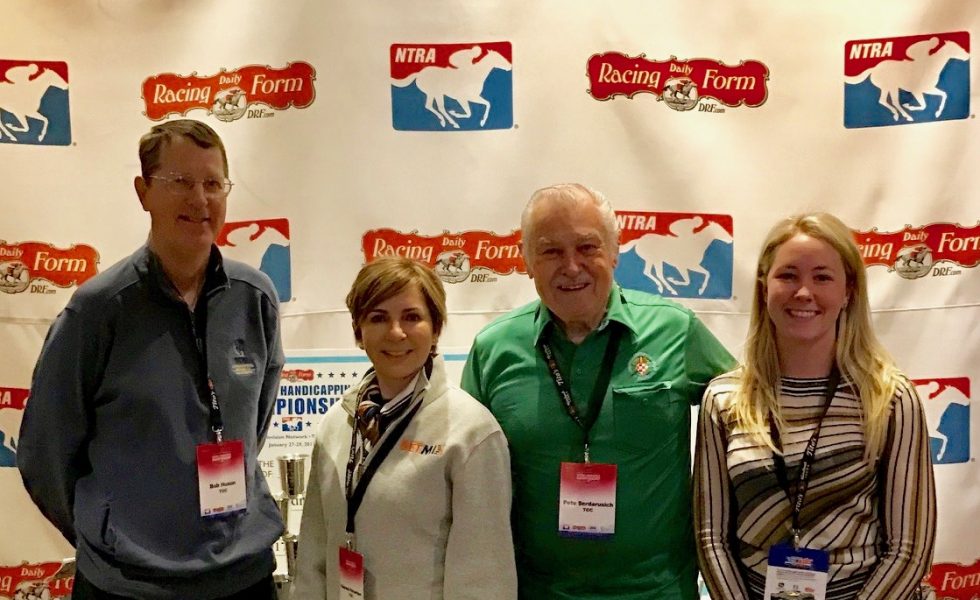 The three-day event, which is being held at Treasure Island in Las Vegas, offers total prizes and awards of more than $2.9 million including an $800,000 grand prize. Peter Serdarusich and Bob Huson qualified at the TOC Owners’ Challenge in Del Mar in August, and Maureen Richardson qualified at the TOC event at Golden Gate Fields in October.

Full standings can be viewed at NTRA.com.

Best of luck to Team TOC!