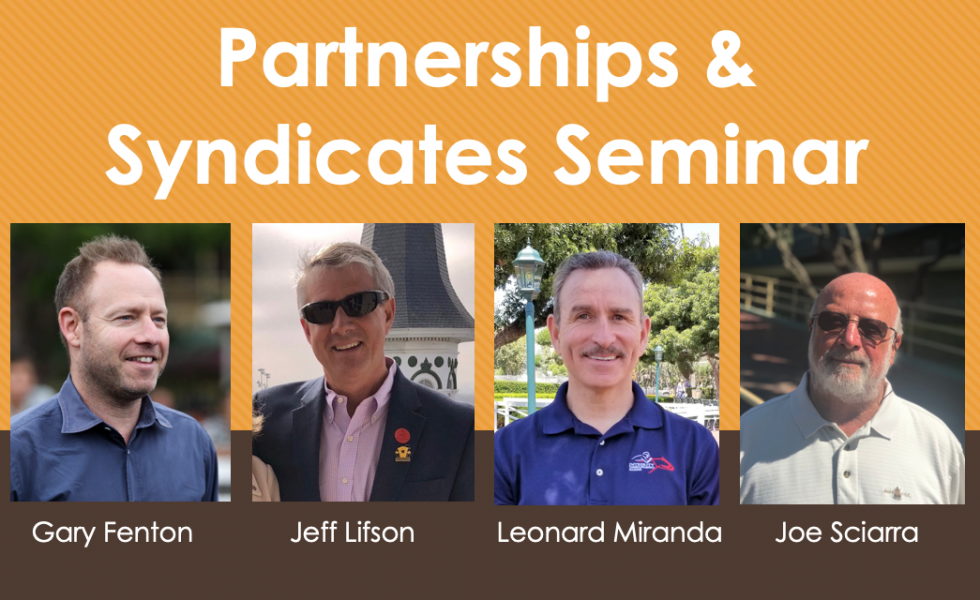 On Sunday, July 21, 2019, attendees enjoyed expert presentations on the ins & outs of partnerships and syndicates. The seminar featured panelists Gary Fenton, Jeff Lifson, Leonard Miranda and Joe Sciarra and was moderated by Todd Schrupp of TVG. Included in the program were segments on where to start, types of structures & management styles, taxes and licensing. Following the panel discussion and Q&A session, seminar attendees took a tour to the following offices for a brief introduction and Q&A: Racing, Paymaster, CARMA and Benoit Photo.

This event was hosted by the TOC and Del Mar Thoroughbred Club. 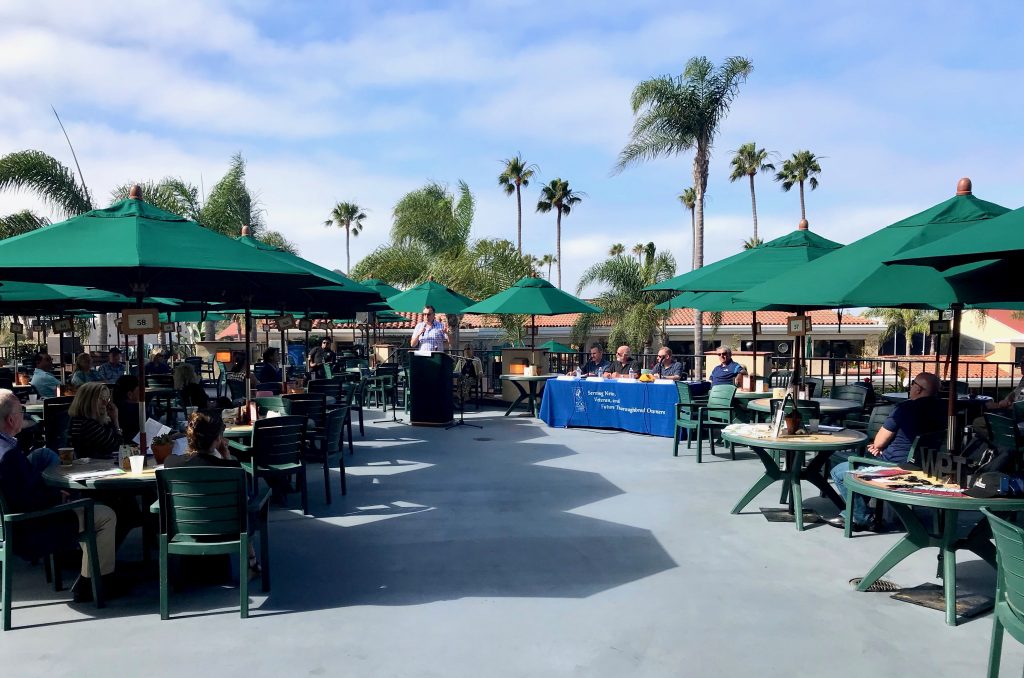 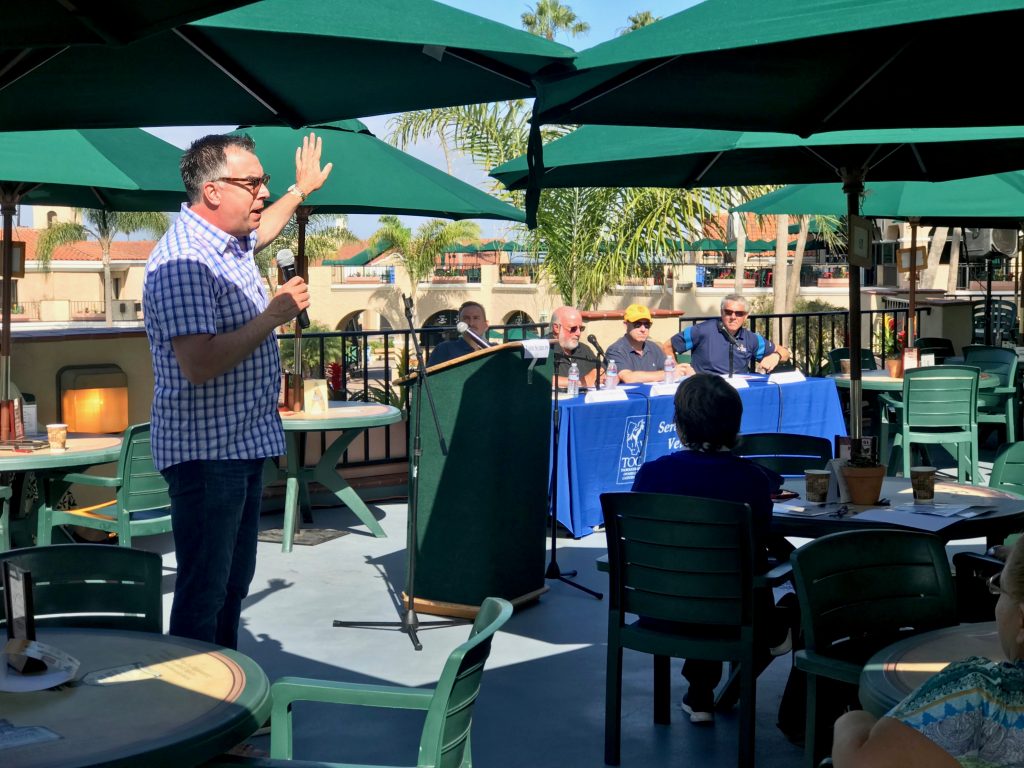 If you would like a Partnerships & Syndicates Packet mailed to you, please contact Elsa Peron at (626) 574-6620 or email her at eperon@toconline.com.

A native of Beverly Hills, CA, Fenton began his career as an entertainment attorney for the William Morris Agency before moving to media companies such as ATG, Carsey-Werner, and AMC. In 2005, he transitioned careers to become Managing Partner of Little Red Feather Racing, now California’s largest syndicate with over 85 horses under management and 300 active partners. LRF campaigned Breeders’ Cup Mile winner Singletary and most recently multiple graded stakes winners Egg Drop, Midnight Miley and Midnight Storm. In 2016, LRF launched the industry’s first ever Equity Crowdfunding campaign in an effort to give the avid fan/ prospective owner a chance to invest in horse ownership for the first time. Fenton has been a member of the TOC Board of Directors since 2016.

Lifson is Executive Vice President of Mid-West Operations for West Point Thoroughbreds. A native of Mount Vernon, Iowa, he has a BA in History from Williams College and an MSJ from Northwestern University. Lifson says that the West Point clients are what makes his job worthwhile. His goal is to help clients achieve the fullest experience possible – by spending time with them on the phone, at sales, and during training. He adds that, in time, many of his clients have become great friends.

Miranda is a longtime San Diego County resident and avid thoroughbred racing fan. He has followed the sport his entire life, and after his retirement as a police captain in 2010, he attended his first TOC ownership seminar at Del Mar, which sparked his comprehensive study of ownership. He became a licensed owner in 2014 and partnered on his first Thoroughbred. He is thrilled to be a part of this incredible sport and feels any fan should be able to share in the excitement of ownership. With a vision to create that opportunity he formed Integrity Thoroughbred Racing, LLC and developed a model that makes ownership more accessible and affordable. He believes the critical first step into ownership is education and is excited to share his insight at this year’s seminar.

Sciarra, a native of Los Angeles, received a B.S. from St. Mary’s College and a D.D.S. from Loyola University, Chicago College of Dental Surgery. After his 37 years of practice, he retired and continues to reside in Arcadia, CA. In 1993, his partnership with friends and family began. He adds that it has been a marvelous journey and has become, and remains, an integral part of his life.

A native of Minnesota, Schrupp’s lifelong love of horse racing began during summer visits to Del Mar with his father. While studying at the University of Minnesota, he worked in the marketing department at Canterbury Downs and later became in-house analyst-handicapper and backup track announcer. He also worked at Calder Race Course before landing a job in 1999 as one of the first on-air people on TVG.