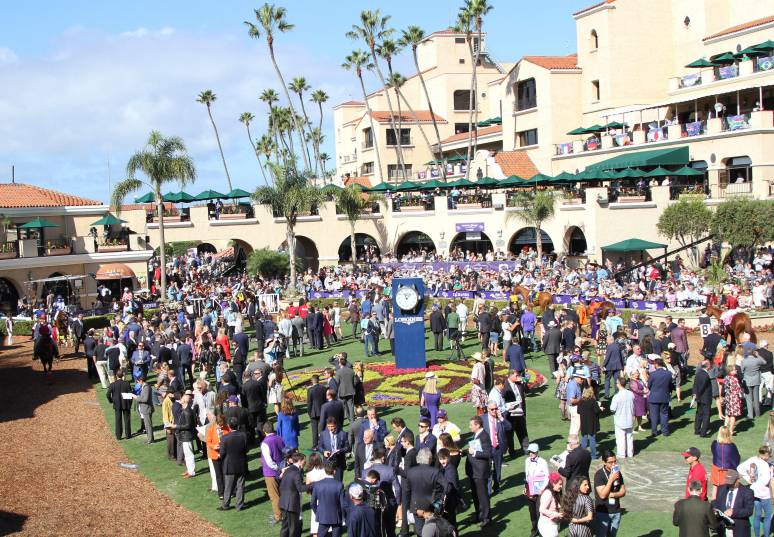 DEL MAR, Calif. (Nov. 4, 2017) – Gun Runner’s thrilling victory in the $6 million Breeders’ Cup Classic capped a picture-perfect day at the Del Mar racetrack, the first-time host of the Breeders’ Cup World Championships. Racing fans responded to the full fields of the world’s fastest horses with their support at the betting windows, as the two-day wagering totals for the event were the strongest in several years.

Saturday’s full-card on-track handle of $15,900,813 was the highest since 2006, the last year the Breeders’ Cup Championships were conducted over one day.

“We were treated to world championship performances over two days of the very best in international racing, combined with spectacular weather, smooth operations and excellent customer service from our hosts at Del Mar” Breeders’ Cup President and CEO Craig Fravel said. “Del Mar proved to be an extraordinary venue for our Championships and we want to thank its staff, our volunteers and the greater San Diego community for the warm welcome and gracious hospitality extended to our guests from around the world. We also want to thank racing fans for their enthusiastic support of our event.”

“Del Mar, its staff and the community of San Diego absolutely shone for this Breeders’ Cup,” said Joe Harper, president and general manager of the Del Mar Thoroughbred Club. “I could not be more proud of the effort that was put forth by everyone at our racetrack and all the folks in San Diego who jumped on board for this marvelous event and made it into something spectacular. This was racing at its best; it was Del Mar at its best; and it was San Diego being all it could be.  It was a complete winner.”

Saturday’s attendance was 37,692. The two-day attendance was 70,420. For the comfort of its guests and because of Del Mar’s smaller capacity, Breeders’ Cup limited ticket sales to 37,500 for each day.