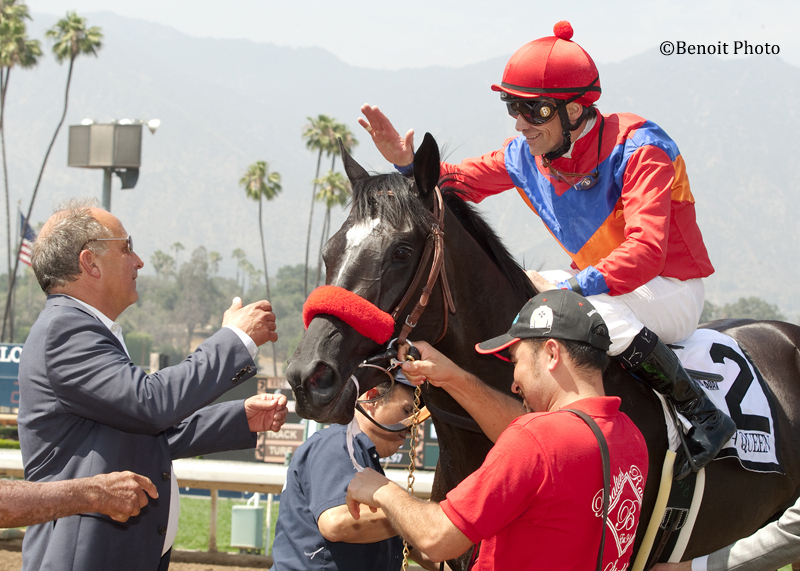 California-bred Spanish Queen called upon her considerable class to rally three wide turning for home en route to a three quarter length win in Saturday’s Grade I, $400,000 American Oaks at Santa Anita. Ridden by Brice Blanc and trained by Richard Baltas, who celebrated his 54th birthday, the 3-year-old filly by the late Tribal Rule negotiated 1 ¼ miles on turf in 2:01.93 and stamped herself as one of the nation’s top 3-year-old fillies.

Owned by her breeders, Jack Nakkashian, Harry Bederian and Harout Kamberian, Spanish Queen was heavily favored at 3-5 in a field of six sophomore distaffers and paid $3.40, $2.60 and $2.10. .

Ridden by Flavien Prat, trainer Chad Brown’s Consumer Credit was in close attendance but trailed early while saving ground, shifted out into the four path a furlong from home and was third best. Off at 5-1, she paid $2.80 to show.