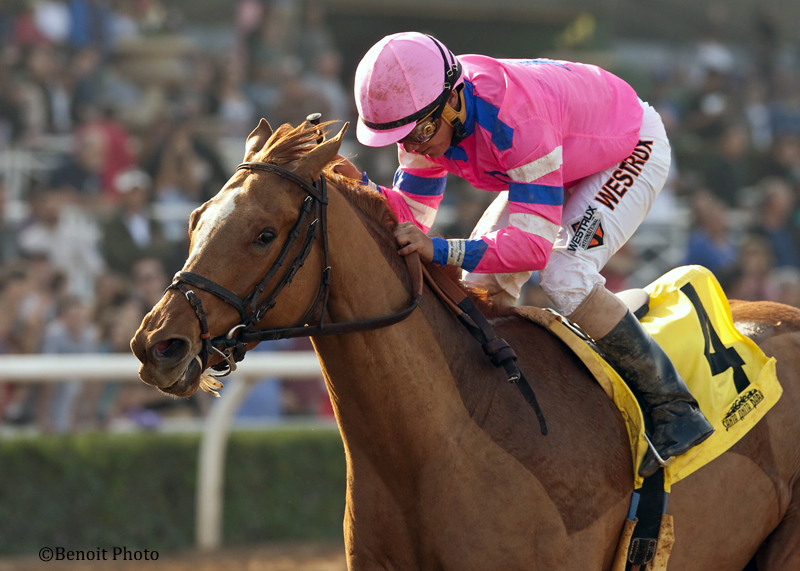 By 2006 Santa Anita Derby winner Brother Derek, Sam’s Sister employed tactics similar to those used in an upset win in the Grade I, seven furlong La Brea Stakes on Dec. 26. Fourth into the far turn behind a three-horse duel comprised of eventual runner-up Sweet Marini, Dancinthenightaway and My Sweet Addiction, Sam’s Sister pounced on the leaders midway around the turn and wrested the lead from Sweet Marini inside the sixteenth pole.

When asked if she might stretch out next time, Hollendorfer said, “I’m just taking these races one at a time. We thought she would run long (entered and scratched out of this past Saturday’s La Canada Stakes at 1 1/16 miles), but we thought this was a more advantageous race, so that’s why we went here.”