Rookie of the Year Award Presented at Del Mar 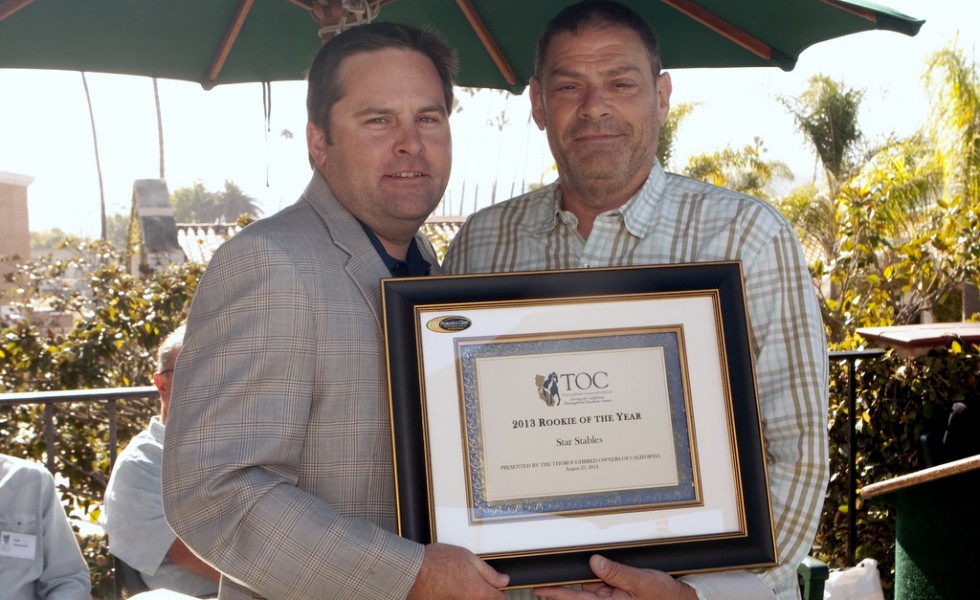 Brian Decker accepted the TOC Rookie of the Year Award on behalf of Star Stables at the annual membership meeting in Del Mar on August 23.  Decker and his two buddies created Star Stables while their 8-year-old sons played on the same baseball team – the Westlake Village Stars. All three partners love horses and racing, and they are committed to being a successful owner group for years to come.

The award was presented by TOC board member, Bill Strauss.