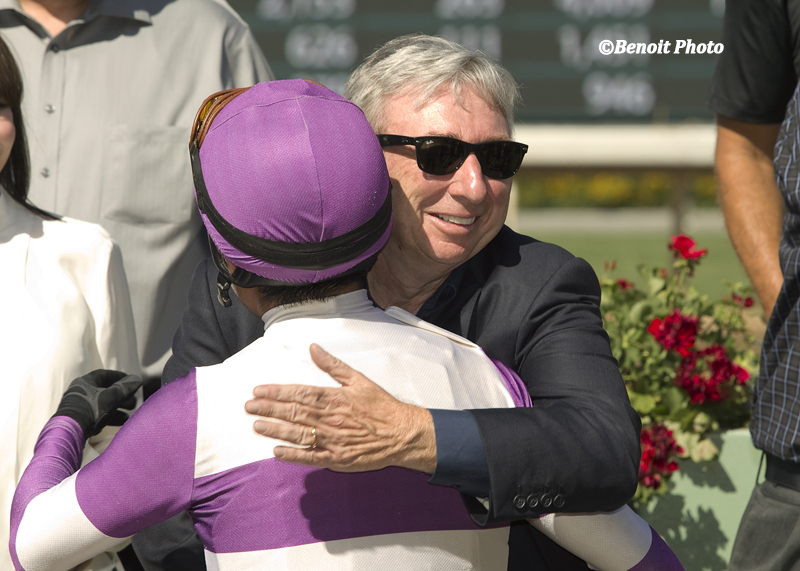 Owner J. Paul Reddam, right, has a hug for jockey Mario Gutierrez after Nyquist’s victory in the Grade I, $300,000 FrontRunner Stakes Saturday at Santa Anita Park. 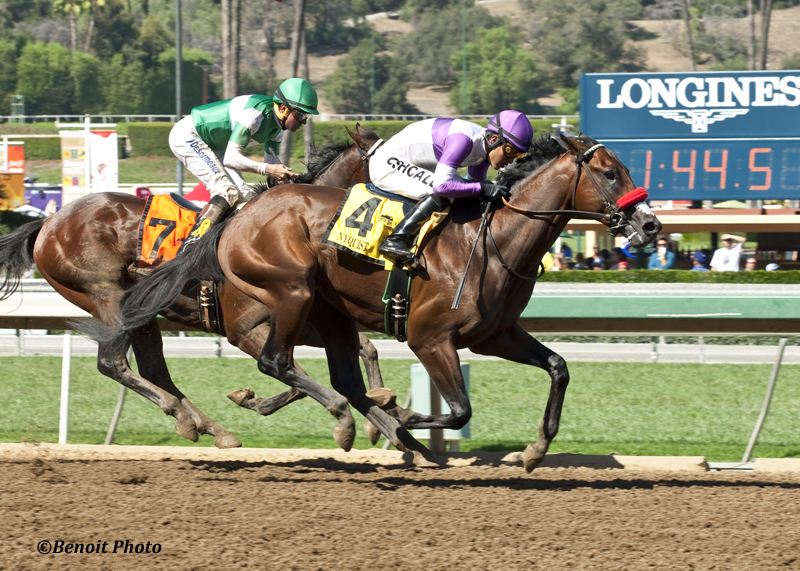 Reddam Racing’s Nyquist extended his unbeaten streak to four in a field of eight two-year-olds in the Win and You’re In Breeders Cup Challenge race ensuring entry into the Breeders’ Cup Juvenile. Swipe ran second by three-quarters of a length, with Hollywood Don 5 3/4 lengths farther back in third.

The Kentucky-bred son of Uncle Mo trained by Doug O’Neill was purchased for Reddam by Dennis O’Neill, brother of the trainer, for $400,000 at the Fasig-Tipton Florida Sale of Two-Year-Olds in Training.

O’Neill said, “Now with a two-turn win under his belt against the best two-year-olds the West Coast has to offer, I think the plan will be for him to come out of it good and head back east in a few weeks, probably.”