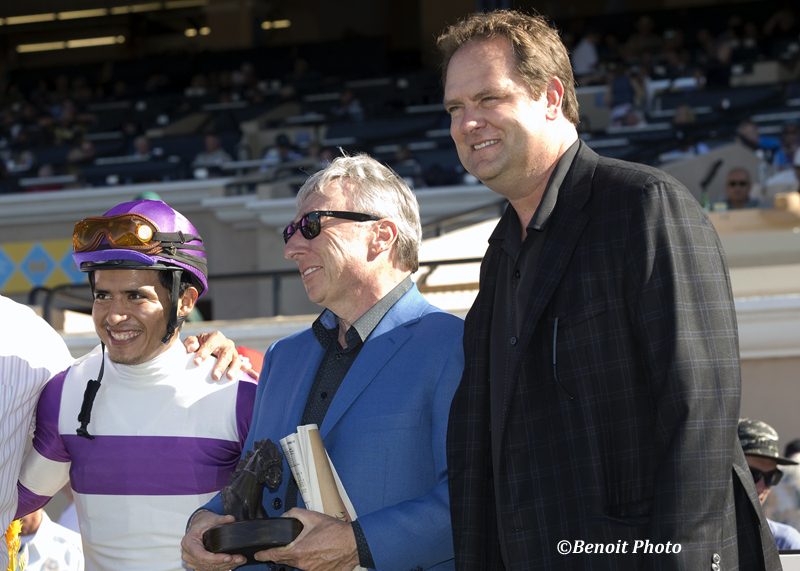 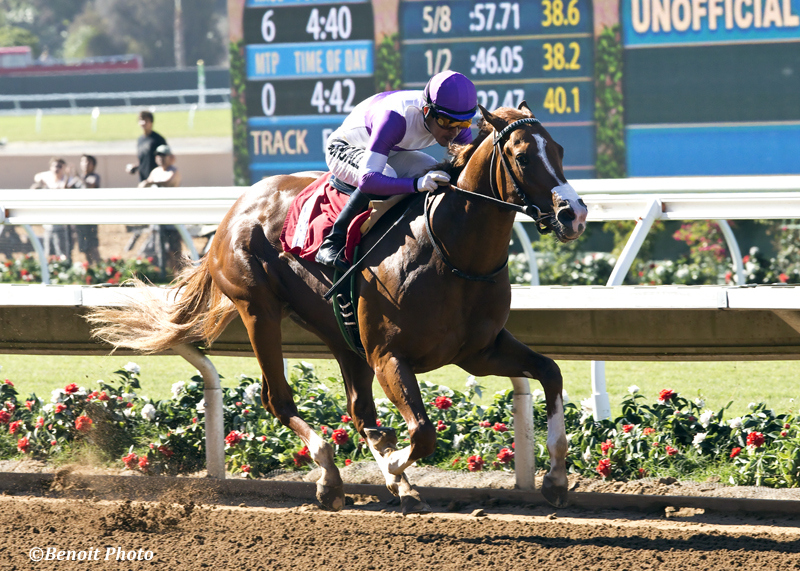 Reddam Racing’s Mrazek, the 3-5 betting choice ridden by Mario Gutierrez, drew off easily in the stretch to win the featured $100,000 Graduation Stakes for California-bred two-year-olds Wednesday at Del Mar.

Mrazek dueled for command to the upper stretch where he asserted his superiority to win by three and one-quarter lengths in a fast 1:03.77 for the five and one-half furlongs. Ralis, his uncoupled stablemate from the barn of trainer Doug O’Neill and also owned by Reddam Racing, closed well to be second, five and one-quarters ahead of Swiss Minister in the field of six juveniles. Viviendo El Sueno was fourth.

Mrazek, another talented offspring of the young stallion Square Eddie, earned $57,000 with his second victory in four starts and now has earnings of $135,810. After breaking his maiden first time out at Santa Anita May 31, the colt was second in both the Santa Anita Juvenile and the Summer Juvenile at Los Alamitos.

Two summers ago, California Chrome won the Graduation Stakes and went on to fame and fortune with victories in the 2014 Kentucky Derby and Preakness Stakes and “Horse of the Year” honors as a three-year-old.

The Graduation Stakes is a steppingstone to the Grade I $300,000 Del Mar Futurity on closing day, Sept. 7, a race won last year by 2015 Triple Crown champion American Pharoah.