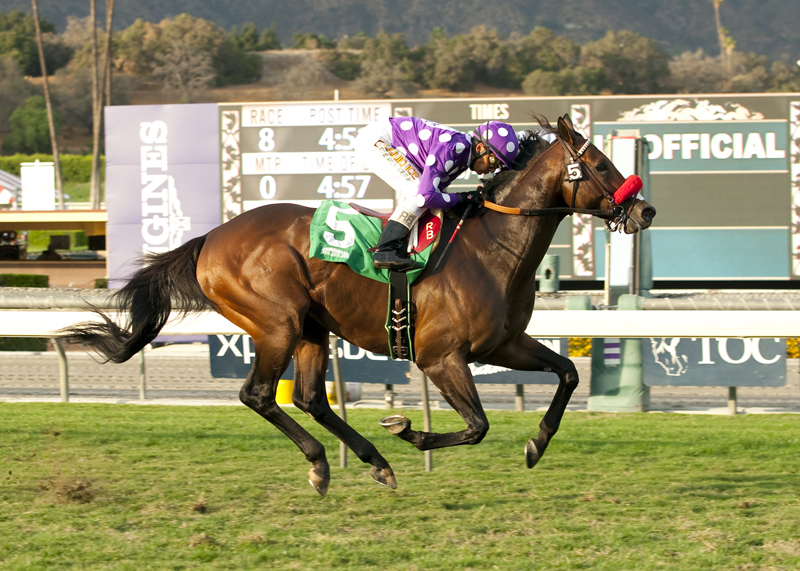 Owned by Douglas and Anita Cole’s Nita Winner stable, Pure Tactics notched his eighth win from 19 starts and his third from six tries at one mile on turf.  With the winner’s share of $46,440, he increased his earnings to $313,606.

Residents of Prescott, Wisconsin, the Coles had never been to Santa Anita.

“We expected great things, but this experience has far exceeded all expectations,” said Douglas Cole.  “The facility, the people, the racing and the setting here with the mountains in the background—I’m more excited than I can explain.”