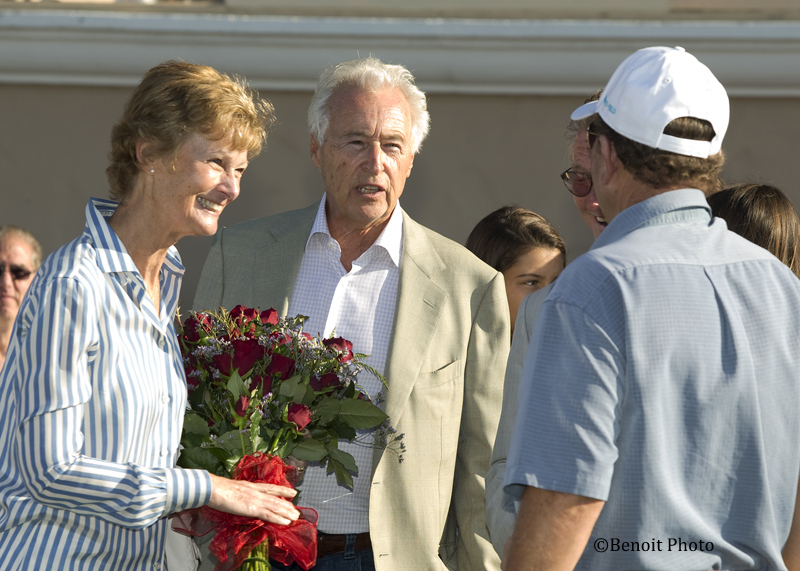 Mr. and Mrs. Martin Wygod’s talented Prospect Park, whose path to the Kentucky Derby was compromised by a series of mishaps this spring, put the past and eight rivals behind him Sunday with an impressive performance in the featured Grade III $150,000 La Jolla Handicap.

With Hall of Famer Kent Desormeaux patiently biding his time in a prominent close-up position on the outside, Prospect Park swept by the pacemaking 7-5 favorite, Om, turning into the stretch and continued on powerfully to score by four and one-quarter lengths in 1:41.54 for the mile and one-sixteenth over Del Mar’s infield Jimmy Durante Turf Course. He accomplished his final sixteenth of a mile in less than six seconds. 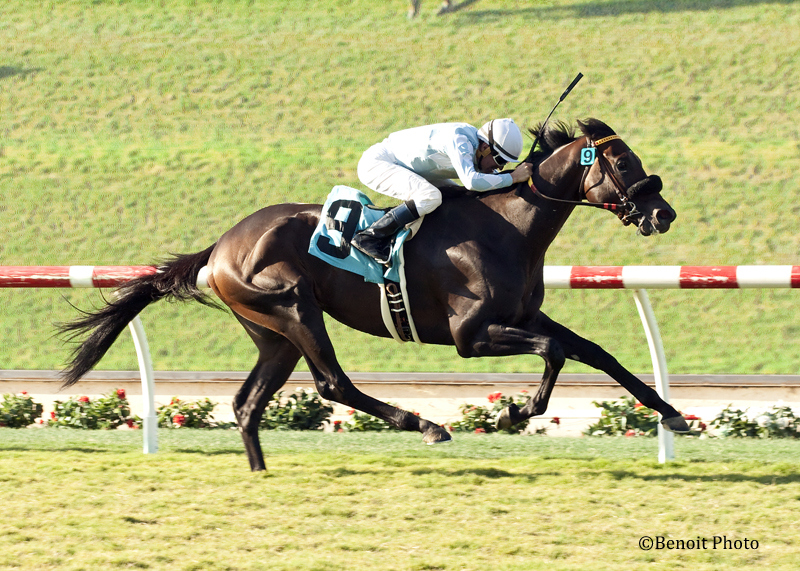 Considered a leading Derby contender on the West Coast early in the year, Prospect Park was sidelined with a virus after finishing fourth in the Santa Anita Derby in early April, causing the colt to miss the Kentucky Derby and other Triple Crown races. He returned to competition in June and was runner-up to Gimme Da Lute in the Affirmed and then was nosed out by the same rival in the Los Alamitos Derby on July 4. Sunday marked his debut on grass.

Om, ridden by Fernando Perez, held on well for second, two and one-half lengths in front of longshot Royal Albert Hall, with Papacoolpapacool fourth. Tried and True was scratched from the original field.

Prospect Park, a son of Tapit bred by the Wygods in Kentucky, earned $90,000 with his third win in ten starts and now has a career money total of $396,570. The La Jolla was his initial stakes success.

Prospect Park is owned and was bred by Pam and Martin Wygod of Rancho Santa Fe, CA. Mr. Wygod is a member of the board of directors of the Del Mar Thoroughbred Club.