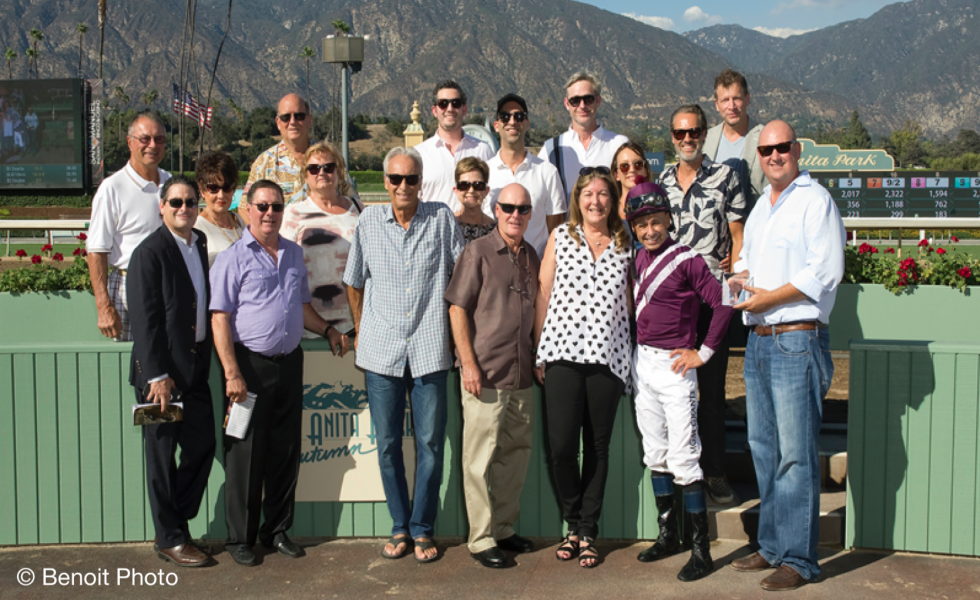 Owned and bred by Pamela Ziebarth and trained by Marty Jones, Ambitious Brew got 6 ½ furlongs down Santa Anita’s all-new hillside turf course in 1:11.57.

“He jumped out of the gate well,” said Smith. “I was in a great spot from the word ‘go’ and able to get to the outside smoothly, without losing any ground. I’ve been blessed to ride him a lot and win on him a few times, but I have to say that this is his best race, by far. If I can get him to do that coming down the hill at the Breeders’ Cup (Turf Sprint, here on Nov. 5), that would be awesome.”

A son of Tizbud out of the Forest Wildcat mare Kathwen, Ambitious Brew picked up $60,000 for the win, boosting his earnings to $499,225. Second, beaten a nose two years ago in the race named for retired Hall of Famer jockey Eddie Delahoussaye, Ambitious Brew notched his seventh win from 20 overall starts.

“He loves the hill and he trains like it,” said Jones, whose stable is based at Los Alamitos. “We know he’s good and he’s a professional. I was a little nervous in the stretch, but Mike had him in a great spot.”

Delahoussaye presented the trophy and was joined by family and friends, including fellow retired rider and best friend, Ray Sibille.