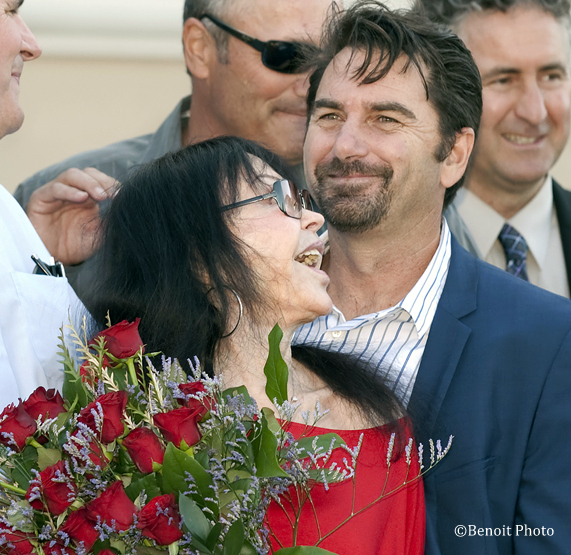 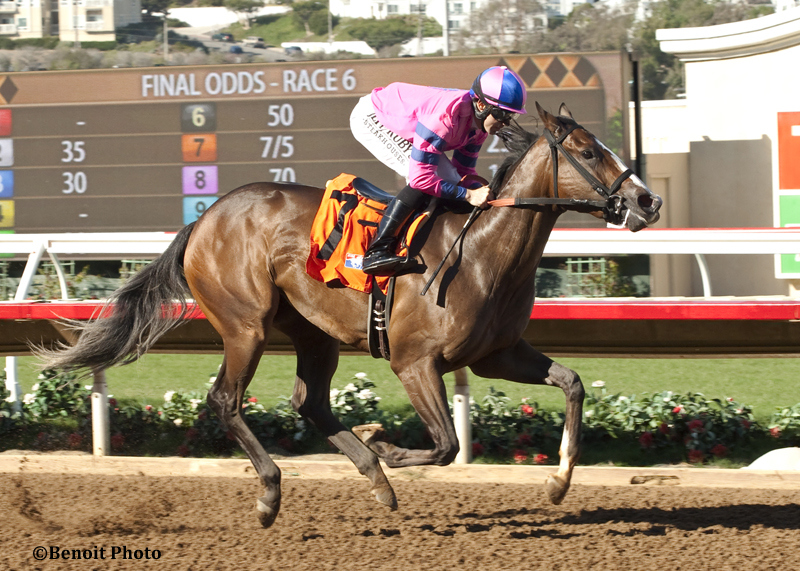 Pacific Heat, the 7-5 favorite in a field of a dozen California-bred two-year-old fillies, swept to the lead from the outside entering the stretch and went on to score an authoritative victory in the featured event. With Talamo in the saddle, Pacific Heat drew off impressively in the final furlong to score by five and one-quarter lengths in 1:24.31 for the seven furlongs over Del Mar’s main dirt surface.

Sambamzajammin, a 22-1 longshot piloted by Miguel Perez, closed to be second, with Patriotic Diamond, the 2-1 second choice, third, three-quarters of a length behind the runner-up. Yodelsong was fourth. Withdrawn from the original field were Sharp Holiday and Obey.

Pacific Heat, a daughter of Unusual Heat, was scoring her second win in as many starts, having broken her maiden easily at Los Alamitos a month ago. The filly, trained by Peter Eurton and owned by Alesia, Burns and Ciaglio, earned $110,000 with her triumph.