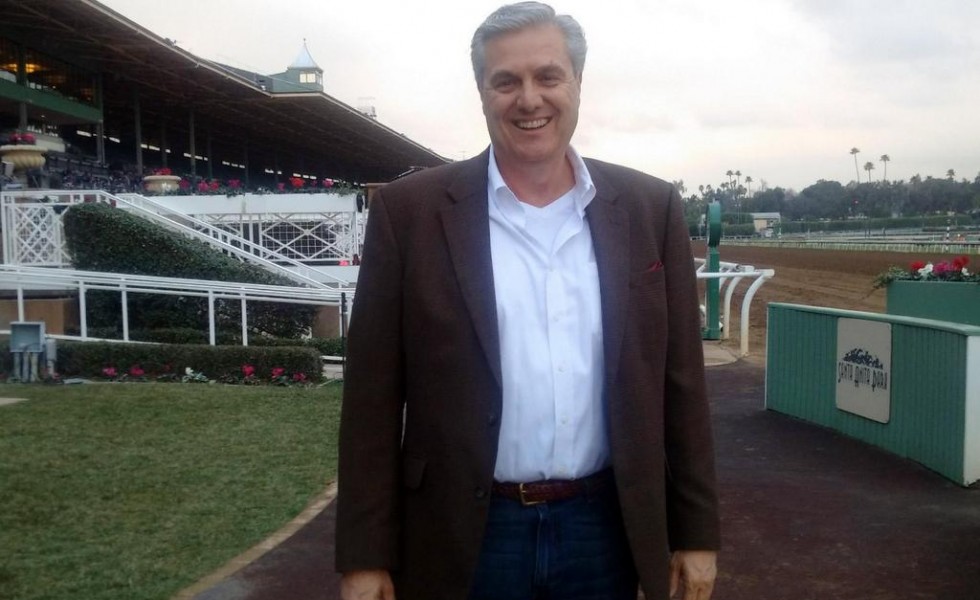 Owned by Terry Lovingier, Lost Bus, who is by the In Excess stallion Bring the Heat, notched her first-ever stakes win and improved her overall mark to 11-3-2-2. With the winner’s share of $120,000, she increased her earnings to $256,018.

“Lost Bus was pretty much going to run before I learned (probable favorite) Sunday Rules wouldn’t be entered, but I was running for third, and it turned out better than that,” said Sherlock, who won the Santa Monica in 2008 with Intangaroo when the race was a Grade I. “There wasn’t a lot of speed in the race, and I told Fernando to go to the front.”

Breaking from the far outside, Finest City broke sharply and pressed the winner gate to wire while just holding off the late charge of favored Tara’s Tango by a neck. Off at 8-1, Finest City paid $10.60 and $6.80.

Tara’s Tango, who was ridden by Mike Smith, broke alertly but was taken in hand heading into the far turn, then angled out turning for home and just missed, finishing third, 2 ¼ lengths in front of Living The Life. Off at 3-1, Tara’s Tango paid $4.60 to show.