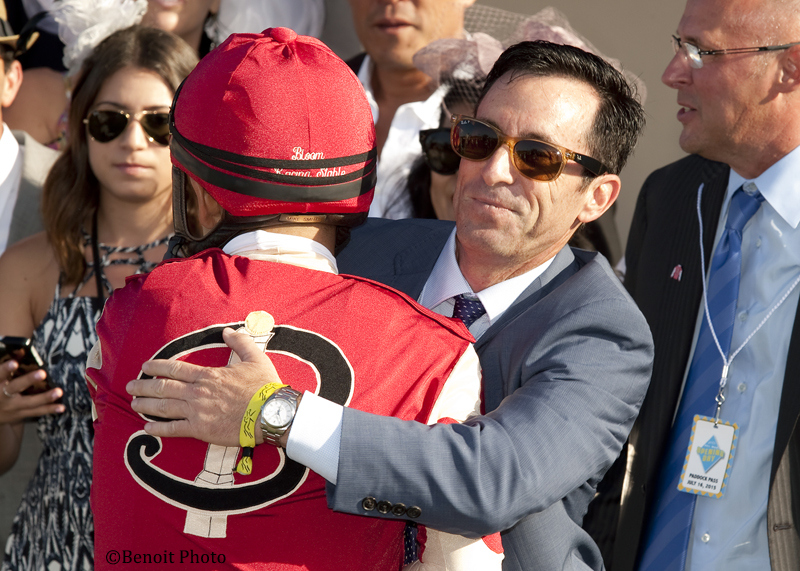 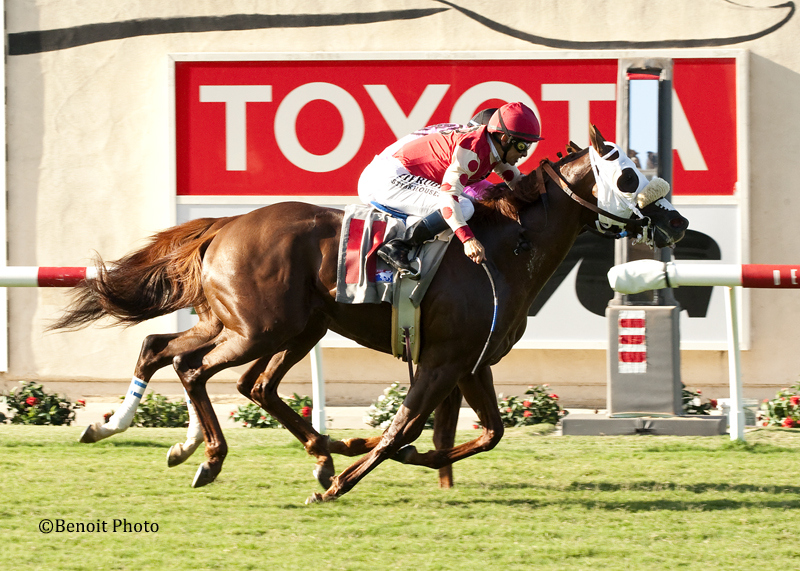 Owner Jeff Bloom of Bloom Racing Stable gave jockey Mike Smith a hug after Soul Driver held on gamely in the final strides to win the $100,000 Oceanside Stakes contested at one mile on the turf on opening day of the Del Mar summer race meet.

Far back early in the race, Soul Driver moved into contention in the stretch and out-dueled Forest Blue and Victor Espinoza to score by a nose. Royal Albert Hall was third, 3-1/2 lengths further back.

It was the third victory in nine career starts for Soul Driver, a chestnut son of Street Boss trained by Jeff Mullins. First money of $68,700 increased the colt’s earnings to $203,350.

The stakes win by Hall of Fame rider Smith is his third in the Oceanside. He won it last year with Enterprising.