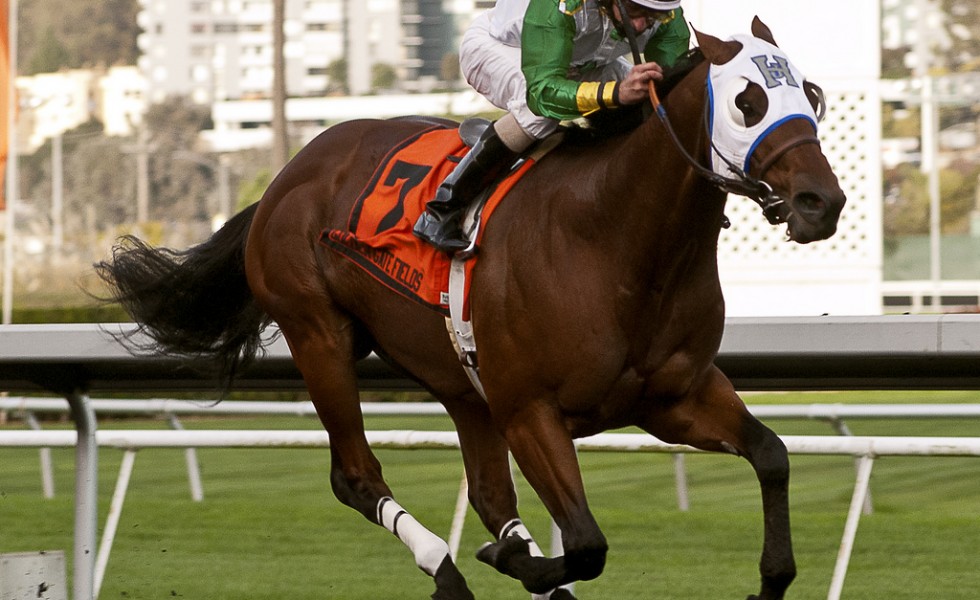 (Photo by Vassar) Outside Nashville, making his first start since March 15 and since being gelded, pulling away from a strong field with an impressive stretch run Saturday in the $55,070 Oakland Stakes.

The son of Broken Vow is owned by Hollendorfer, John Carver, and Green Smith and was a $115,000 purchase as a 2-year-old. Trained by Jerry Hollendorfer, he was ridden to victory by Dennis Carr.

Outside Nashville won the race by four lengths in 1:08.62. Marino’s Wild Cat held on, defeating the 6-5 favorite Streamside and Ourwestcoastghost for second.