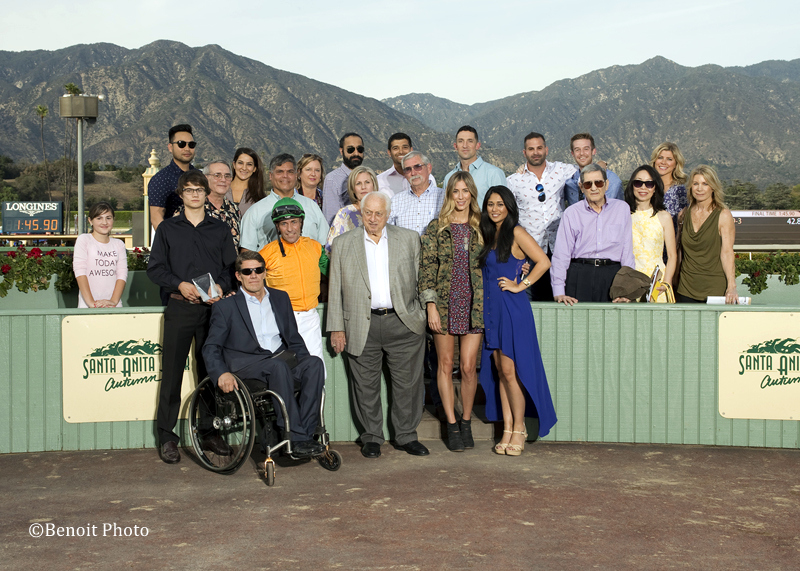 In a sensational performance, favored Om set fast fractions and opened up on his competition turning for home to take Saturday’s Grade II, $200,000 Twilight Derby at Santa Anita by 2 ¼ lengths. Ridden by Gary Stevens and trained by Dan Hendricks, the 3-year-old Kentucky-bred colt by Munnings got a mile and one eighth on turf in 1:45.90.

Owned by the Sareen Family Trust, the win was an emotional one for the winning connections, as U.S. Marine Major Taj Sareen, the son of Mr. and Mrs. K.B. Sareen, was killed this past Wednesday following a tour of duty in the Persian Gulf when his FA-18 fighter jet crashed shortly after taking off from a British airbase for what was to be a return flight to the United States.

“What can I say?” said Hendricks. “They lost their son and he’s a hero for real, not pretend. A fighter jet pilot who gave his life for our country. The race set up just like the Del Mar Derby (Sept. 6). It just looked like he did it easier than Del Mar. He seemed to mature a little more and he’s coming into his own at the right time of year. It looks like we’re headed to the Hollywood Derby (Grade I at Del Mar Nov. 14).” 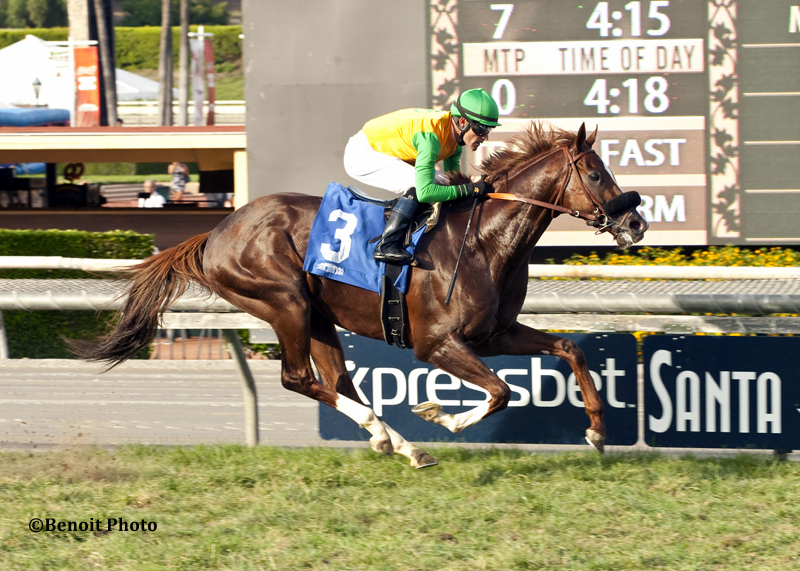 “I come to watch the horses and be around the people,” said Lasorda, who was accompanied by his favorite knuckleballer, Charlie Hough and Dodger PR consultant Steve Brener. “It’s fun to bet because it’s a challenge.”