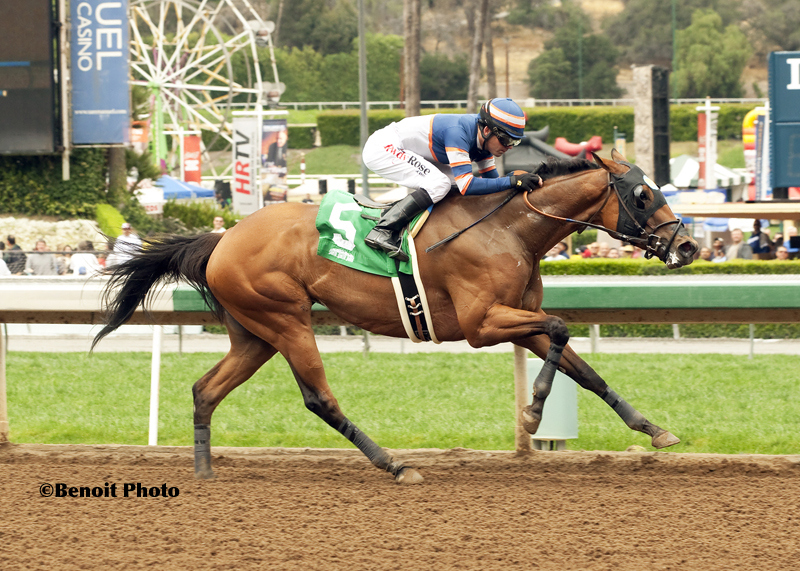 Nick Alexander’s homebred Sunday Rules kept her perfect record intact with a facile three length win in Saturday’s $150,000 Spring Fever Stakes, as she covered six furlongs in gate to wire fashion under Tyler Baze in 1:08.93. (The Spring Fever was the first of five Golden State Series races run Saturday at Santa Anita for horses bred or sired in California).

Alexander, who’s homebred Grazen is based at Tommy Town Thoroughbreds and is currently one of California’s top stallions, is a longtime breeder/owner in California who is best known locally as the owner of Nick Alexander (automotive) Imports in Los Angeles, whose advertising catch phrase is “Nick Can’t Say No.”

“We are blessed to have horses as we do in Santa Ynez and to be able to race them here at Santa Anita,” said Alexander. “What a pleasant surprise she’s been. She’s very plain looking and you’d never pick her out of a group of horses in a pasture. The way she runs with her neck low…Nothing bothers her. There is a graded stakes in in Florida this coming July that we might take a look at.”