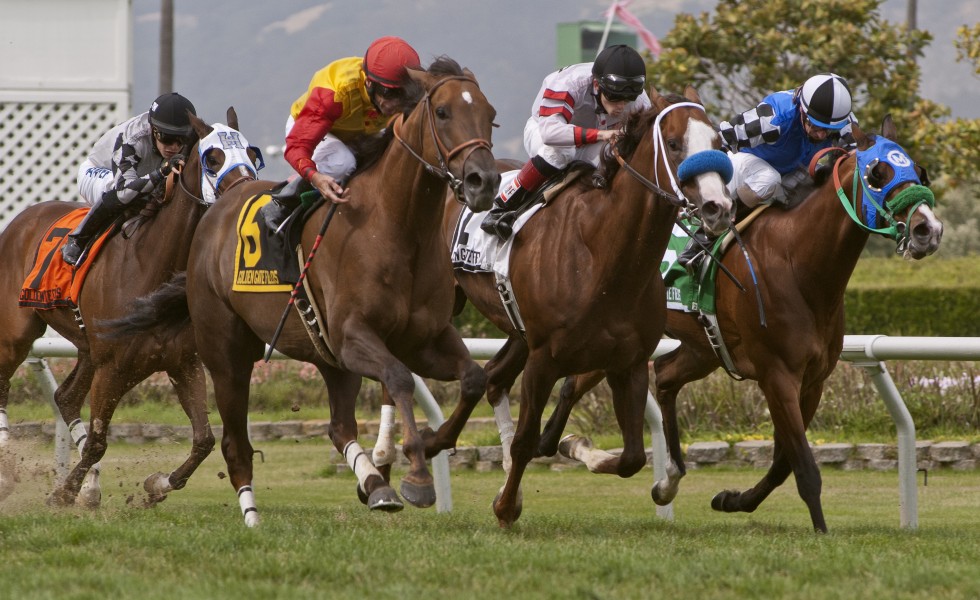 The 6-year-old gelding Moonshine Bay, making his first start on the Golden Gate Fields turf course, got up in the final strides to win the $53,815 Albany Stakes by a half-length over Incline Village and A Toast to You Saturday. He is owned in partnership by Hollendorfer, Marvin Kirsner, Al Morrison and George Todaro and trained by Jerry Hollendorfer.

Ridden by Russell Baze, Moonshine Bay captured the five-furlong dash for 3-year-olds and up by rallying from fifth in a field of eight.

“My horse has good speed but I’ve also seen him win some races coming from off of it, so I knew he didn’t have to have the lead,” said Baze, who was quite happy to see three horses – 23-1 longshot Teton County, 4-1 Ain’t No Other and 8-5 favorite A Toast to You – battle for the early lead through an opening quarter of a mile in 22.00.

“I was pretty sure that if I could stay within good striking distance around the turn that I would be able to close some ground and push by them in the stretch,” said Baze. “This horse really ran a game race for me. He’s been a good horse for a lot of years.”