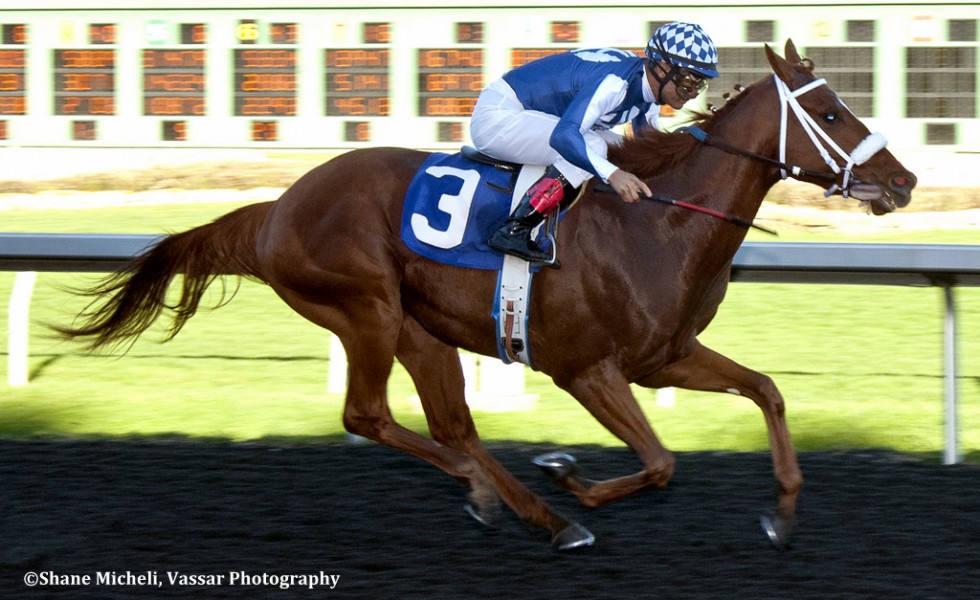 The chestnut colt is owned in partnership by Milan McFetridge, Mersad Metanovic, Daniel Preiss, Arndt, and Azcarate and is trained by Jeff Bonde.

Metaboss was forced to race very wide coming into the stretch but the extra real estate proved to be no problem for the Kentucky-bred son of Street Boss as he took the lead inside the eighth pole and was lengthening his advantage at the wire.

Ridden by Hall of Famer Alex Solis, Metaboss won the 1 1/8-mile feature for 3-year-olds by 2 1/2 lengths over California Derby winner Cross the Line and jockey Juan Hernandez. Conquest Typhoon, the 9-5 favorite ridden by Mike Smith, finished third, a neck behind Cross the Line.