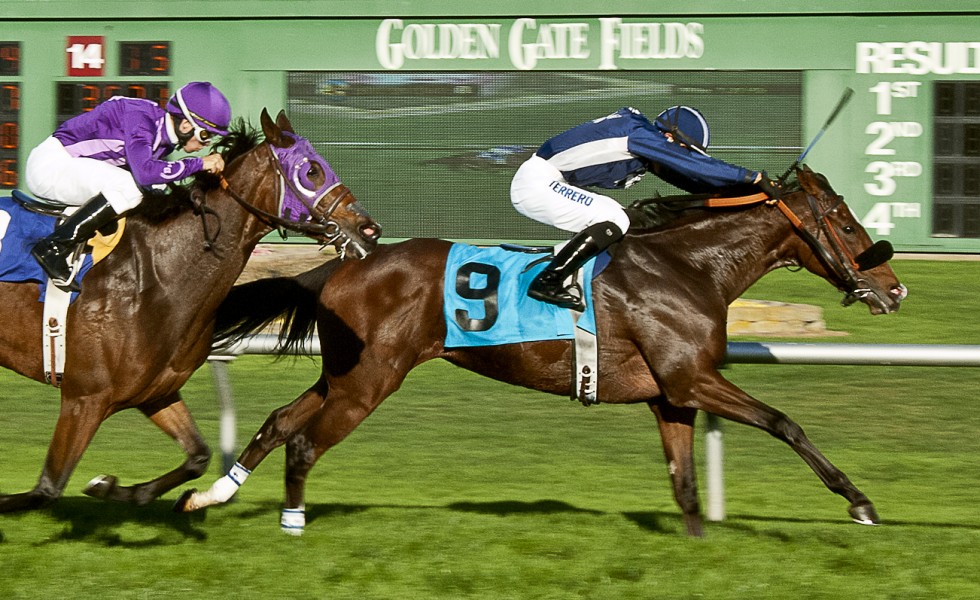 Ridden Pedro Terrero, the 6-year-old mare fought off a challenge from Central Heat down the stretch to win the 1 1/16-mile turf contest by three-quarters of a length in 1:43.93. Loveintheshadows, ridden by Ricardo Gonzalez, finished third.

Luscious Lonna is trained by Nick Sloan, who claimed the California-bred out of her second career start for $6,250 for himself and ownership partners Harris and Marshall. In 19 starts for the partnership, she has earned $259,090 while recording seven wins, five seconds and three thirds.