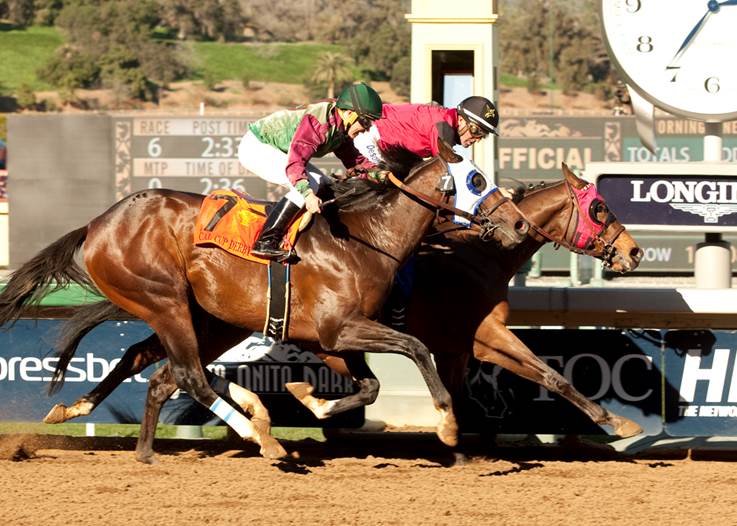 Mischief Clem is by Papa Clem, out of the Bold Badgett mare Glitteringmischief, was bred by SLU Inc., is owned by Griffin Thoroughbreds, is trained by Robert Hess Jr. and was ridden by Kent Desormeaux.

Mischief Clem has three wins in six starts, earnings of $266,380 and was coming off a fourth in the Dec. 14 King Glorious Stakes. Mischief Clem was a $22,000 Barretts purchase.

Mischief Clem ran the 1 1/16 miles in 1:44.82 and went off at odds of 11-1. Pulmarack was second and Kluszewski was third in the field of seven, with odds-on favorite Acceptance finishing fourth.