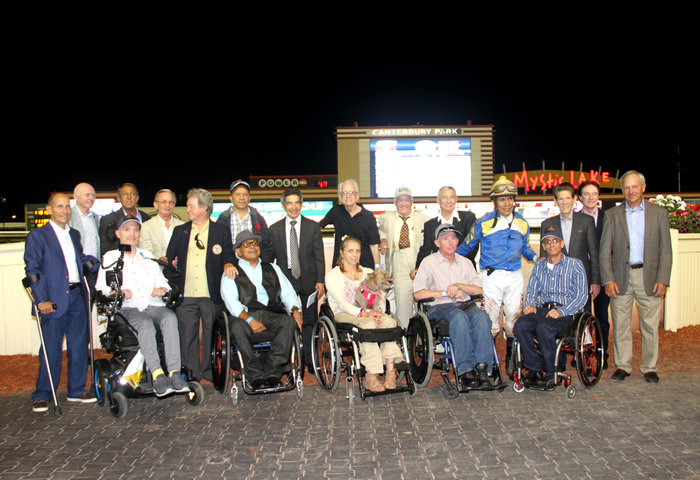 The group will hold their usual online sale beginning on Starquine.com on Wednesday, Jan.16th at 8:00 p.m. and ending Friday Jan.18th at 8:00p.m., and welcomes season donations to any stallion.

But for the first time, Jockeys and Jeans is asking stallion season owners/syndicates and managers to designate one or more seasons to popular stallions as non-guaranteed or as is often the case when a non-guaranteed season is already being sold, sell it at private treaty as sellers ordinarily do and donate all or a percentage of that season price to PDJF.

The percentage of the season donated as well as the amount donated will only be disclosed if the syndicate or farm allows. The price of the season itself remains between seller and buyer.

“We’ve learned that some stallion syndicates are not allowed to offer seasons at auction and others want the sale prices of their stallion seasons kept private,” said Jockeys and Jeans President, Barry Pearl. “But of course we will heavily advertise the farms and stallions who take part, and we will publicly thank them. Our fundraising efforts have drawn wide support in the horse racing community and we are convinced season buyers will give those designated stallions extra considerations knowing the season owners are supporting Fallen Jockeys.”

Since its founding in 2014 by five former jockeys, Jockeys and Jeans has used an annual fundraiser and stallion season sales to raise over $1 million for the PDJF, which makes monthly $1,000 payments to some 60 former jockeys who suffered catastrophic racing injuries, with some 40 being quadra or paraplegic.

As far as Jockeys and Jeans can ascertain, their stallion season sale is the only one whose entire proceeds goes to support actual people in horse racing.

The fifth annual Jockey and Jeans Fundraiser is set for Santa Anita on June 22. “Our first event at Tampa Bay Downs raised $23,000 and our last at Canterbury Park last summer raised $312,000, a record for a racing related fundraiser,” said Pearl. “Sure we have a talented, hardworking, volunteer committee, but it is really the family of racing who have stepped up that actually made such a huge difference in the lives of those who are no longer riding horses but wheelchairs. They deserve the credit.”