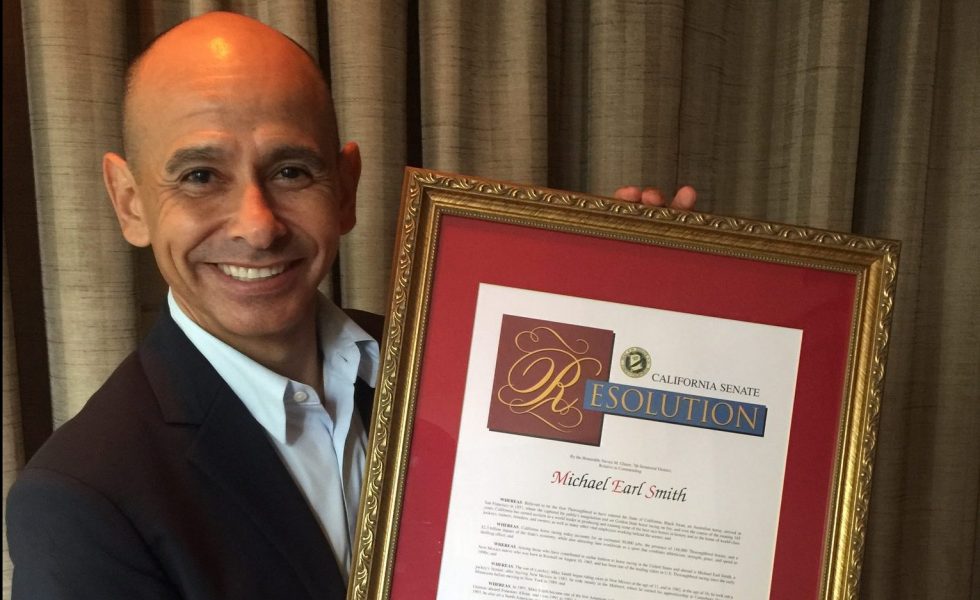 On Monday April 17th the California Senate and Assembly recognized the incredible career of Hall of Fame Jockey Mike Smith and North America’s richest racehorse, Arrogate. Smith was invited on the floor of the Assembly by the Governmental Organization Chair, Adam Gray. Gray introduced Smith and spent a few minutes speaking about some of the highlights of his storied career and that incredible ride in Dubai. He spoke of Smith’s leadership on behalf of his fellow jockeys and the history and importance of California Thoroughbred racing. Gray honored Smith and Arrogate by introducing Assembly Concurrent Resolution (ACR) 63 recognizing their great achievements and the importance of Thoroughbred racing in California.

Following a brief photo op Smith headed over to the Senate Chambers where the Chair of the Senate Governmental Committee, Steve Glazer presented Smith with a Senate Resolution while senators listened as Glazer read of his many accomplishments.

The Thoroughbred Owners of California hosted a reception in Smith’s honor following the Legislative recognition. It was not only a wonderful day but another reminder to folks in the Capitol that California is home to the greatest jockeys, trainers, owners and breeders as well as the hardworking folks on the farms and at the tracks. Racing employs more than 50,000 people in California and contributes approximately $2.5 billion annually to the state’s economy. 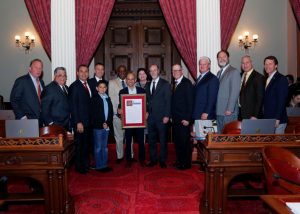