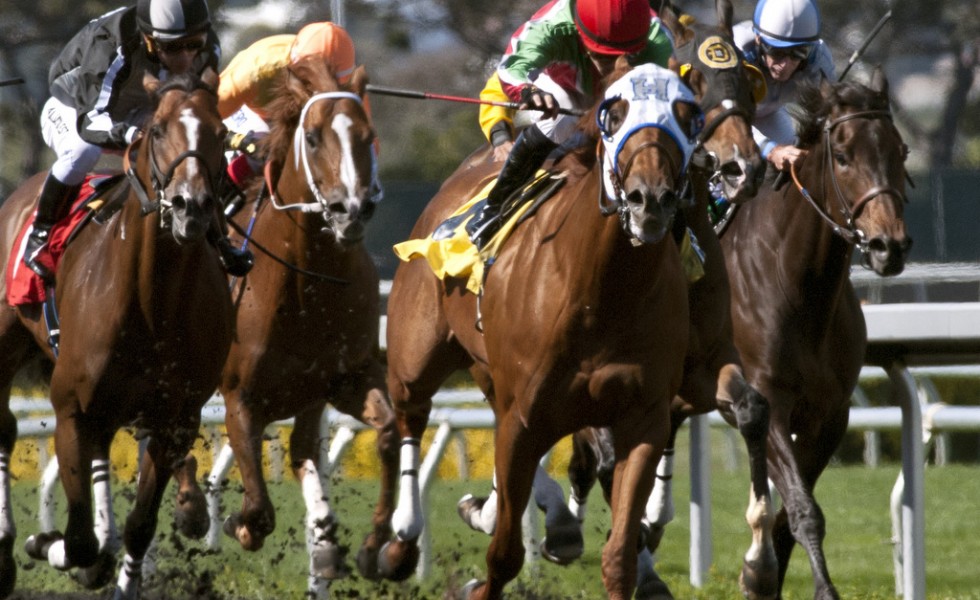 G. G. Ryder, employing the same running style he used in capturing the SF Mile on April 25, came from a few lengths off the pace to win the one-mile All American by 1 1/4 lengths under jockey Ricardo Gonzalez. Outside Nashville, ridden by Juan Hernandez, took second by a half-length over Pepper Crown and apprentice jockey David Lopez.

Eagle Screams, ridden by Catalino Martinez, pressed front-running Summer Hit, the 2-1 favorite ridden by Russell Baze, from the start and finished fourth, a neck behind Pepper Crown and 2 1/4 lengths in front of Summer Hit.

“We had a really good trip,” said Gonzalez. “I just got behind the leaders and tried to save some ground before I worked my way out. When I got him out, he came through for me like he always does. He’s very tactical so you can put him where you want, and it doesn’t matter what (surface) you run him on. He just runs his best every time. He’s just a really nice horse.”

“He’s obviously a horse that runs well, so we’re happy to have him,” said Hollendorfer of G. G. Ryder. “He’s a good stalker and he doesn’t mind being in between horses. I thought if Summer Hit could have gotten an easier lead he would have been tough. He had a bad post (the outside gate), so Russell had to use him and then Eagle Screams ran with him. The pace was a little fast for him.

“Outside Nashville, I thought if he could get clear in early stretch that he could win, and with a little more distance he might have won,” continued Hollendorfer. “I’m pleased with all my horses.”