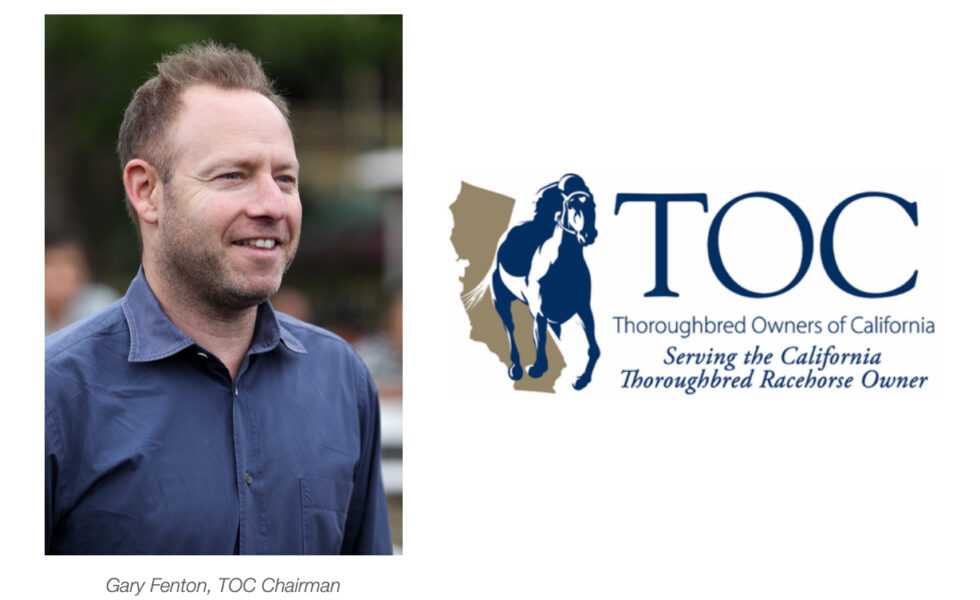 The TOC Board unanimously elected Gary Fenton to serve as the new Chairman of the organization replacing outgoing Chairman Nick Alexander who stepped down after five years in the role. Fenton has been on the TOC Board since 2016 and has served as Chairman of the TOC Racing Committee since 2018 and TOC Vice-Chairman since 2019.

Fenton is the managing partner of Little Red Feather Racing (LRF), California’s largest syndicate with over 85 horses and over 400 owner/partners. LRF has campaigned Breeders’ Cup Mile winner Singletary as well as Grade 1 winners Egg Drop, Midnight Storm, Secret Spice, Fault and Mirth. LRF has the fifth most starts of all owners in Southern California since 2010.

Fenton grew up in Beverly Hills, CA and caught the horse racing bug at an early age attending races at Hollywood Park, Santa Anita and Del Mar, including the first Breeders’ Cup in 1984. He began his career as an entertainment attorney working for the William Morris Agency and media companies including ATG, Carsey-Werner, and AMC before transitioning to LRF full time in 2005. Fenton will be the 11th chairman of TOC following most recently the five-year terms of Nick Alexander (2016 – present) and Mike Pegram (2011-2015).

“Mike Pegram and Nick Alexander are giants in our industry who successfully steered this organization through unprecedented times and left the TOC in a strong operational and financial position,” said Fenton. “It is an honor for me to step into their big shoes at a very exciting time for California Thoroughbred racing. I have great respect for the hard work of TOC staff members and my fellow TOC Board members who have each worked tirelessly over the past few years to achieve the TOC’s core mission “to maximize purse revenues and preserve the long-term viability of our sport in California.”