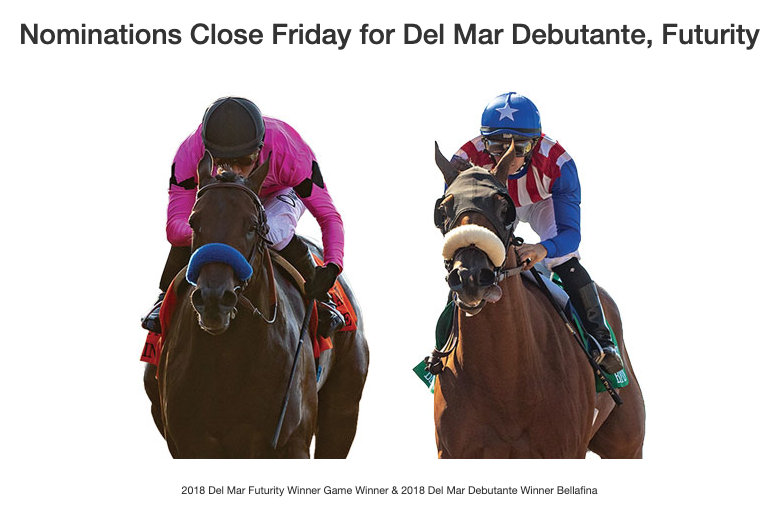 Nominations will close Friday (June 14) for Del Mar’s two premier stakes for 2-year-olds – the Grade I Del Mar Debutante for fillies and the Grade I Del Mar Futurity for all juveniles. The championship events will be renewed this summer on Saturday, August 31 (Debutante) and Labor Day Monday, September 2 (Futurity).

The nomination fee for each race is $300 with no additional or sustaining payments required. Both races are contested at seven furlongs and carry $300,000 purses.

Nominations for the juvenile headliners can be downloaded below or online at the Del Mar website — dmtc.com/horsemen/nomforms. The forms can be filled out and e-mailed back to Del Mar at nominations@dmtc.com or FAXed to the Del Mar racing office at (858) 794-1049. For those without computer access, a direct phone call to the racing office (858) 792-4231 also will work.

View on the Web:
http://www.dmtc.com/media/stable-news/nominations-close-friday-for-del-mar-debutante-futurity-1354