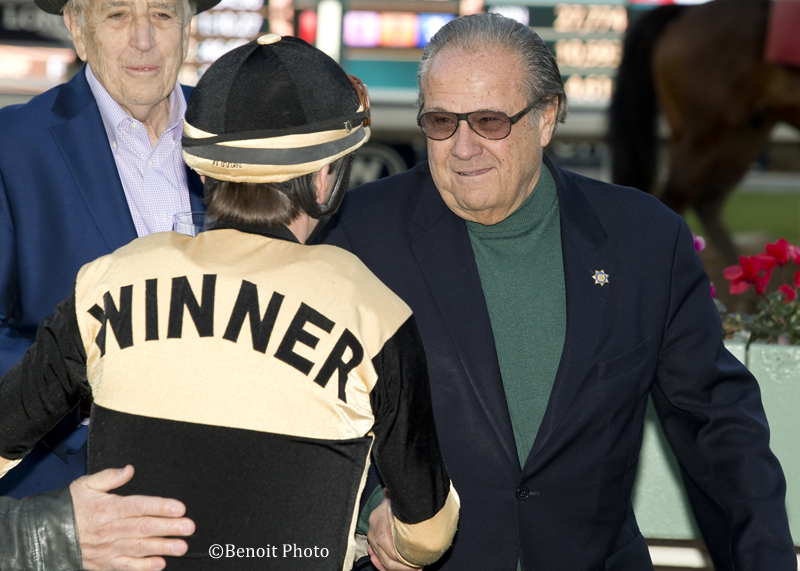 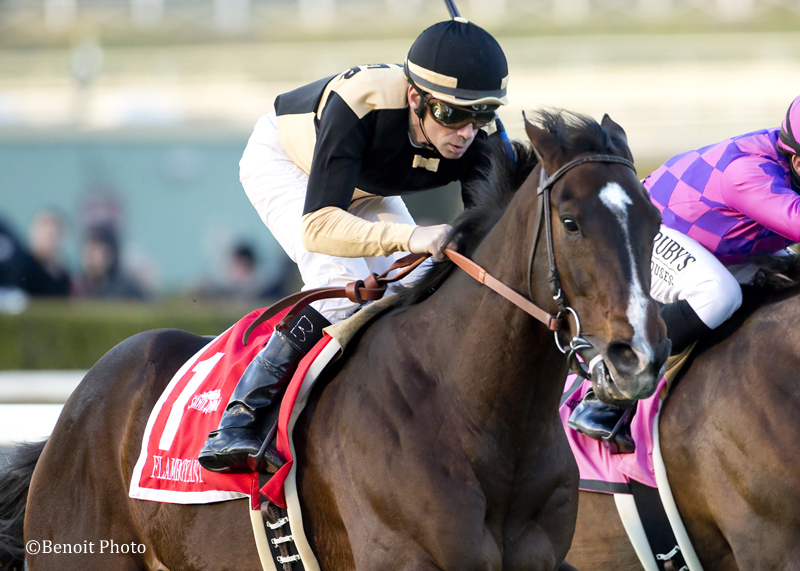 Ridden by Joe Talamo, Irish-bred Obviously, one of America’s top rated milers for the past two years, ran too good to lose, as he was running comfortably on a lonely lead through splits of 23.26, 46.60, 1:10.27 and 1:34.36, but the added furlong appeared to do him in as he offered little resistance late.

Owned by CHRB Chairman Chuck Winner and David Bienstock, Flamboyant, a 5-year-old gelding by the Sunday Silence stallion Peer Gynt, picked up his fourth win from 18 starts and with the winner’s take of $120,000, increased his earnings to $398,368.

“Early on, I was a little concerned because I thought he’d be up closer to the lead, but Brice knew what he was doing,” said Winner. “Going into the far turn, I saw he was full of run and when he started moving I thought, ‘We got a shot.’ This all worked out because my wife is French, the horse is French and the jock is French. It’s the French Connection!”