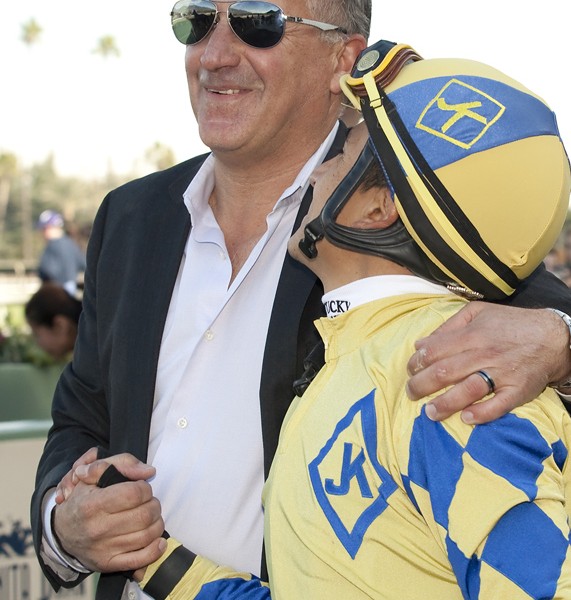 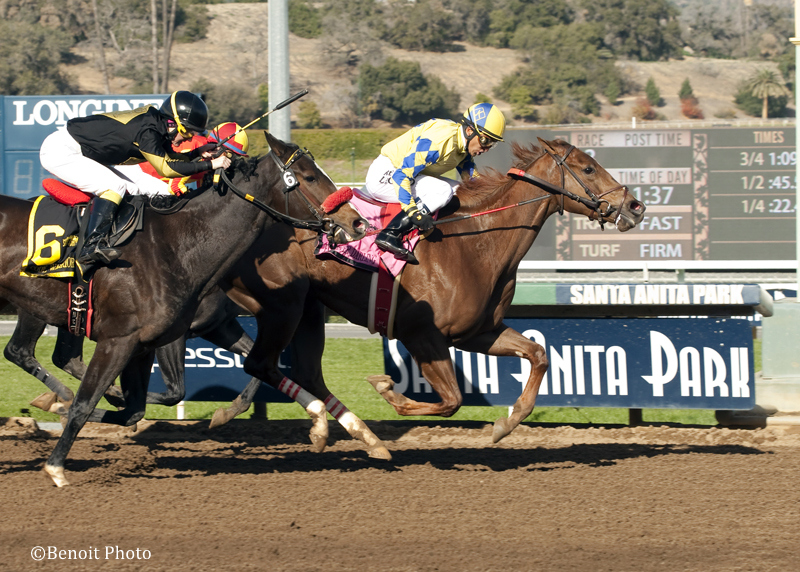 ARCADIA, Calif. (Jan. 2, 2016) — Forever Darling attended the pace set by favored Pretty N Cool, took command a sixteenth of a mile out and held off the late run of Code Warrior to take Saturday’s Grade II, $200,000 Santa Ynez Stakes for 3-year-old fillies. Trained by Richard Baltas and ridden by Rafael Bejarano, Forever Darling prevailed by a half length while covering the 6 ½ furlong distance in 1:16.25.

Owned by Baltas, Hebert Bloodstock and J K Racing, LLC, Forever Darling, who broke her maiden going 6 ½ furlongs at Santa Anita on Sept. 26, got her second win from four starts. With the winner’s share of $120,000, she increased her earnings to $155,400.

“We thought she displaced in the Breeders’ Cup and we found she had an ulcer on her soft palate when we did surgery on her,” said Baltas. “He (Bejarano) had to ride her hard, but she just fought it out. She has a lot of determination and you can’t teach that to a horse. I’m just glad that I own a piece of her and I train her. It’s just a great day for me.”