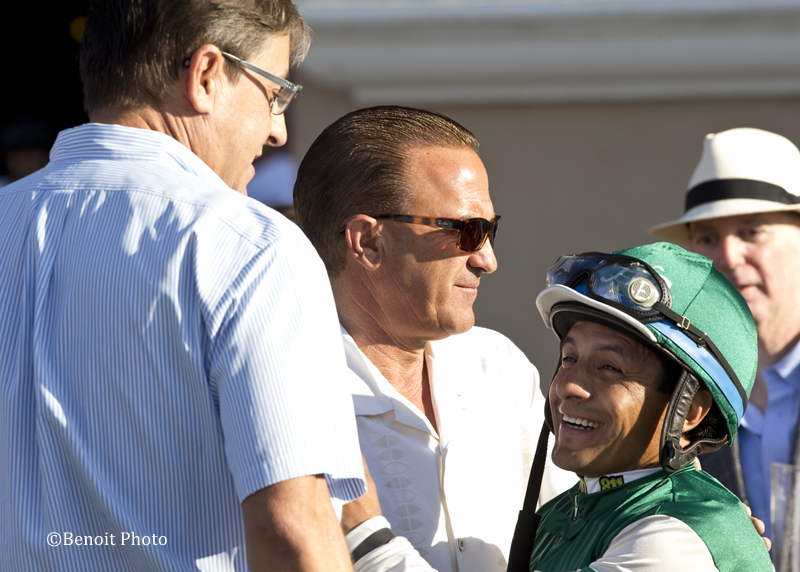 With a sixteenth of a mile to travel in the nine-furlong race over the infield Jimmy Durante Turf Course, it appeared as many as five runners had a chance at first prize. However, Elektrum gamely forged to the front nearing the wire to score by a head over Queen of The Sand. Emotional Kitten was another neck back in third and the same margin in front of fourth-place Fanticola, the 8-5 favorite. Personal Diary, victress in the 2014 Del Mar Oaks, was fifth, beaten less than a length in the eight-horse field. Gusto Dolce was withdrawn from the original line-up. 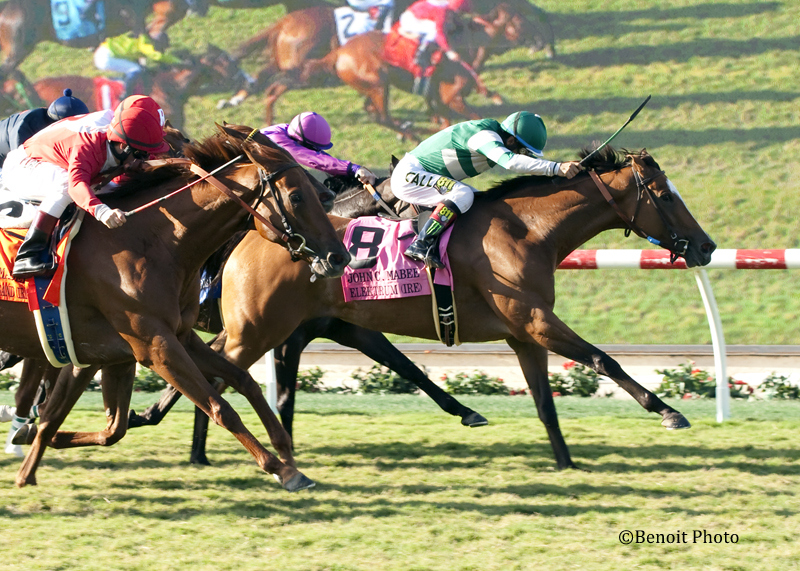 The winner is owned by Hronis Racing, which is the nom de course of Kosta and Pete Hronis of Delano, CA.