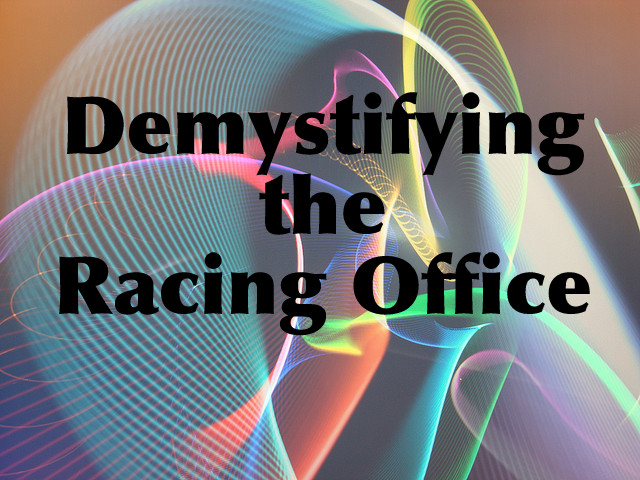 Hammerle, known in racing circles simply as “Hammer,” has worked in racing coast to coast since attending the University of Arizona in 1986. He is on the Graded Stakes and Breeders’ Cup Selection committees and has been the racing secretary a record six times for Breeders’ Cup events. He is also a regular featured guest on Sirius/XM radio’s “At The Races with Steve Byk.”

Prior to being named Racing Secretary at Del Mar, Jerkens worked at Golden Gate Fields and NYRA after graduating from Nassau College. The son of trainer Steven Jerkens and grandson of Hall of Fame trainer, Allen Jerkens, his background includes work as an entry clerk, racing official, assistant racing secretary and stakes coordinator.

The seminar will be moderated by Richard Scheidt, TOC’s Northern California Director of Operations, and will cover the basic operations of the Racing Office, including: creating the condition book, stall applications, race types, working and training schedules, day-to-day operations, role of the racing secretary and other racing office staff, and TOC’s role in developing purse and stakes schedules.

The event will begin at 10:00 a.m. in the Baldwin Conference Room at Santa Anita Park, third floor Clubhouse. Santa Anita Park is located at 285 W. Huntington Dr., Arcadia, CA 91007. Although it is free and open to the public, reservations are recommended and can be made by calling TOC at (626) 574-6620 or online HERE.