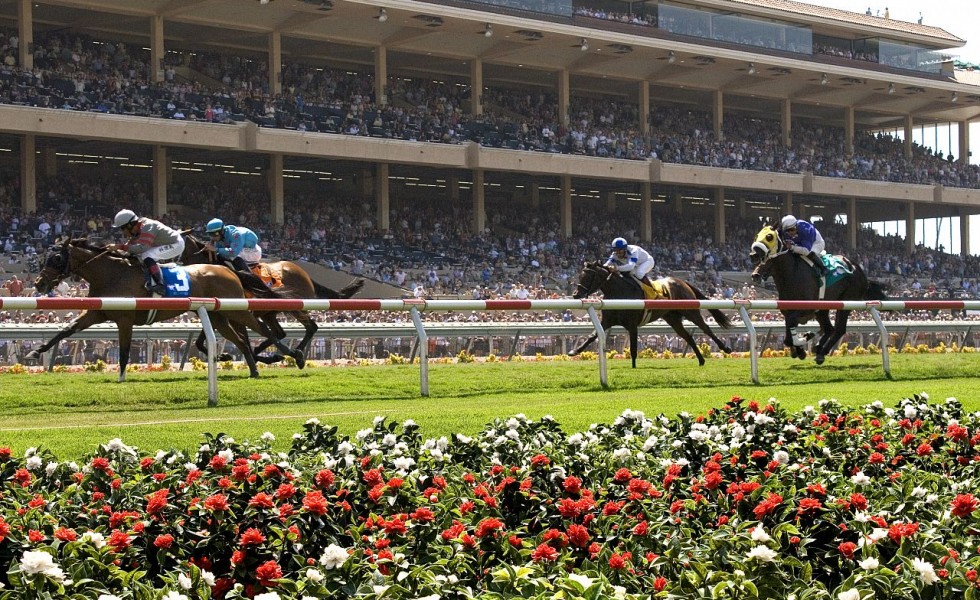 Fourteen stakes races – nine of them graded – will serve as the touchstones for Del Mar’s new November race meeting opening Friday, November 7 for a 15-day run through Sunday, November 30. The total value of the stakes package is $2,250,000.

The seaside track picked up a majority of the racing dates from the fall meeting at the now-closed Hollywood Park and in the process transferred over many of that track’s major stakes events. The Hollywood session had an emphasis on turf racing and Del Mar is carrying that forward with nine turf stakes on its agenda, including its two top offerings – the $300,000 Hollywood Derby and the $300,000 Matriarch, both Grade I events that will be run on closing weekend, which is part of the long Thanksgiving holiday.

Additionally, Del Mar will employ its grass course to present the $250,000 Hollywood Turf Cup on a special early Thanksgiving Day program and the $250,000 Seabiscuit Handicap the following afternoon. Both those races are Grade IIs.

“We’re going to have a strong emphasis on turf racing and 2-year-olds,” said David Jerkens, Del Mar’s racing secretary. “We’ll be reaching out to European interests and out-of-state stables to add some special spice to the meet. Our Thanksgiving weekend includes a half dozen major grass races which should be well-received by our local horsemen as well as an incentive for any outfits that are willing to ship runners.”

In keeping with its fall “Bing Crosby Season” theme – a throw-back salute to its celebrity founder – Del Mar has renamed several of its stakes to honor show business stars from the past who had roots at the shore oval. Thus, for example, what was the Cat’s Cradle Stakes at Hollywood Park now has become the Betty Grable Stakes; the Hollywood Prevue Stakes instead is the Bob Hope Stakes, and the Moccasin Stakes will be presented as the Desi Arnaz Stakes.

Del Mar will open its fall session with an overnight stakes for fillies and mares at a mile on the turf named the Kathryn Crosby Stakes. The track hopes to fete the late entertainment icon’s widow – now 80 and living in Northern California – with a special in-person tribute that day.

The other overnight event – the Let It Ride Stakes, named after the classic racing movie – will be contested on opening Saturday, November 8, at a mile on turf for 3-year-olds. Both new overnight races will carry $75,000 purses.

The meet will end with a rush of seven stakes in its final four days, starting with the special Thanksgiving Day card beginning at 11 a.m. and climaxing with the Cecil B. DeMille and Matriarch doubleheader on closing Sunday.

Del Mar will race Friday through Sunday in its first week, then Thursday through Sunday for the remaining three. With the exception of Thanksgiving, post time throughout the fall stand will be 12:30 p.m. during Thursday and Friday cards, then 12 noon on all Saturdays and Sundays.