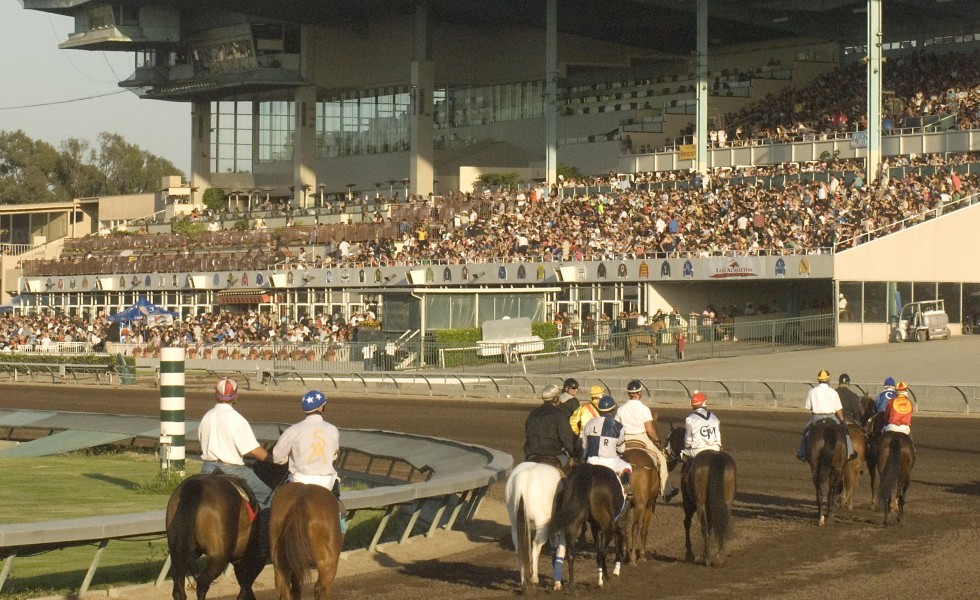 One of the highlights during the opening weekend of the meet will be a public viewing of a workout by the highly popular Kentucky Derby and Preakness Stakes winner California Chrome at Los Alamitos. Racing fans will be invited to view California Chrome’s workout in between races on Saturday, September 6, as he continues preparations towards a return to racing in September. California Chrome is schedule to be on the track between the third and fourth race on the Saturday card.

The three-week meeting will feature world class Thoroughbred and Quarter Horse racing with a 2 p.m. first post time each racing day. The action will typically consist of eight to nine Thoroughbred races to be followed by four to five Quarter Horse races, plus top class Arabian action. The meet’s opening weekend on September 5 through 7 will consist of racing on Friday, Saturday, and Sunday. The other two weeks of the meet will feature racing on a Thursday through Sunday basis. There will be no live racing Wednesday, Sept. 10 and Wednesday, Sept. 17.

The E.B. Johnston is named in honor of the late outstanding owner and breeder who operated Old English Rancho, one of California’s Leading Thoroughbred Farms now under the watchful eye of his son, Bud Johnston. Beverly Lewis and her late husband, Bob Lewis, campaigned Kentucky Derby and Preakness Stakes winners Silver Charm and Charismatic, as well as Eclipse Award winners Folklore, Orientate, Serena’s Song, and Timber Country, (owned in partnership with Gainesway and Overbrook Farm).

Closing weekend will feature a pair of stakes races – the $75,000 Katella Stakes at 6 furlongs for 3-year-olds and upwards on Saturday, September 20, and the $75,000 Las Madrinas Stakes for 3 and up fillies and mares at 1 1/8th of mile on Sunday, September 21.

“We’re very excited for the opportunity,’’ said Brad McKinzie, general manager of the Los Alamitos Thoroughbred Racing Association. “Our goal is to offer quality racing featuring the top horsemen in California, and our exciting stakes schedule promises to showcase many of the outstanding racehorses stabled in Southern California.’’

The Fall meeting is the second of three Thoroughbred meets that Los Alamitos will play host to in 2014. Los Alamitos hosted the Summer Festival from Thursday, July 3 through Sunday, July 13 while the Winter session will be held Thursday, Dec. 4 and conclude on Sunday, Dec. 21. The Summer meet featured the victorious 2014 stakes debut of Eclipse Award winner Shared Belief in the Los Alamitos Derby.