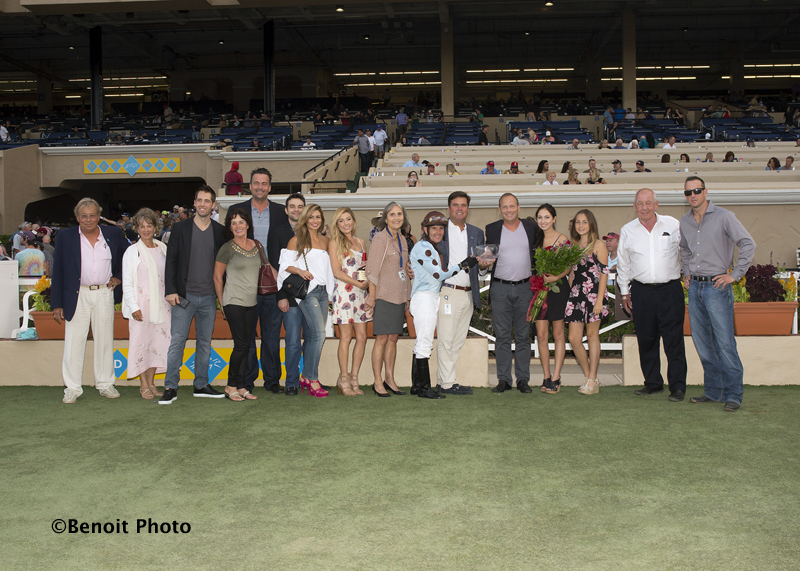 DP Racing’s English-bred Frenzified, third and second in two middle-distance grass races this summer, stretched out to a mile and three-eighths, a distance she obviously appreciated, and scored an impressive triumph Friday in the featured $78,445 CTT and TOC Handicap for older fillies and mares over the Del Mar turf.

Benefitting from a smartly-judged ride by jockey Santiago Gonzalez, Frenzified tracked the pacesetting 6-5 favorite, Fanticola, until the top of the stretch where she surged to the lead and wasn’t seriously threatened the rest of the way in winning by a length and one-half.

Generosidade closed well to be second, a length and one-quarter ahead of third-place Annulment in the field of six. Fanticola faded to fourth.