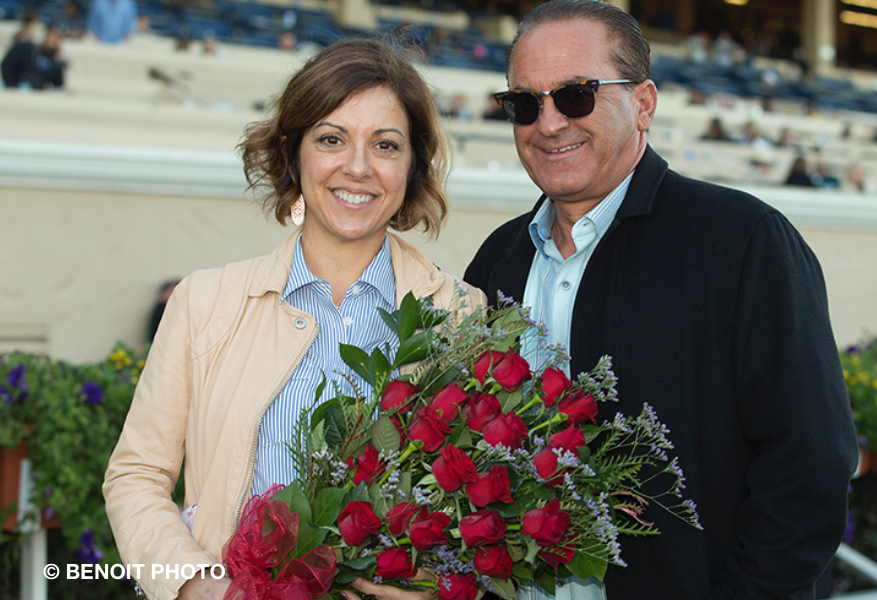 Edwards Going Left, the 2-1 betting choice, spoiled Solid Wager’s bid for a third consecutive victory in the $100,000 Cary Grant Stakes Sunday, holding on gamely in the final sixteenth to win the seven-furlong sprint by a half-length.

It was Edwards Going Left’s his sixth victory in nine lifetime races as the three-year-old gelding accomplished the distance in 1:22.98. Solid Wager turned in a game performance under Victor Espinoza, rallying from last place in the ten-horse field to narrowly miss a successful defense of his two-time title.

Third was California Diamond, three and one-half lengths behind stablemate Solid Wager from the barn of trainer Peter Miller, with Smokey Image a nose away in fourth.