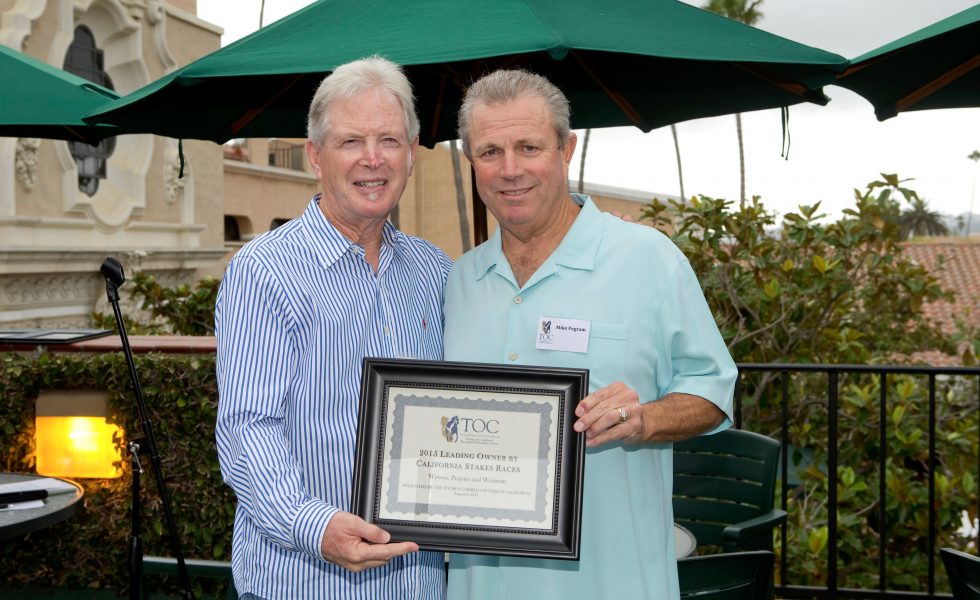 Last month, I was elected by the board as its chairman replacing Mike Pegram, who stepped down after serving six years in that capacity and will remain on the board. Mike was an exceptional chairman, and it will be a huge challenge to fill his shoes. I look forward to working with our president and CEO, Greg Avioli, and the full board to fight for the long-term viability, survival and success of our beloved sport.

For my first Chairman’s Letter, I can tell you that 2016 was a very busy year, during which we achieved the majority of the goals set by the TOC Board at the end of 2015. Those achievements included:
• Securing a more equitable financial model for owners and purses from on-track ADW wagering.
• Leading negotiations resulting in a three-year racing calendar and stabling agreement in Southern California that provides much needed stability.
• Reaching an agreement with Golden Gate Fields for the track to stay open for year-round training in Northern California – including during the summer fair meets.
• Upgrading several major existing satellite wagering facilities in Southern California and laying the groundwork for multiple new facilities in 2017.
• Passing legislation in Sacramento allowing for more funding and flexibility for stabling and vanning.

In 2017 we will continue our efforts in Sacramento to secure legislation to provide a new source of revenue for purses. The 2016 Internet Poker legislation would have provided $60 million in new revenues to the California horse racing industry. This bill was approved by two major Assembly Committees but was unable to get through the full Legislature. We expect this legislation will be up for consideration again in 2017 along with proposed legislation to authorize Fantasy Sports Wagering. We will continue to condition our support for either legislative initiative on fair compensation to the horse racing industry.

On the medication front, the CHRB last month introduced new regulations to apply existing race day medication rules to all horses running timed workouts at tracks or authorized off-site stabling facilities. The intent of the rule is to reduce the number of injured horses training on medications that could mask pain or injury. The TOC Medication Committee chaired by Dr. Mark Dedomenico is currently reviewing the proposed regulations to better understand the feasibility, scope, costs and potential unforeseen consequences.

On the racing front, we are now meeting monthly with track management and racing secretaries to identify implementable solutions to increase field size and keep more horses racing longer in California. This includes a focused effort to obtain accurate data for all horses allocated stalls in California in order to better understand the return to the industry for providing free stabling at tracks and approved auxiliary training facilities. We also will closely monitor the horse population in Northern California to make sure we have sufficient stabling for all the horses in training particularly when the two-year-olds arrive in the coming months.

We very much appreciate the opportunity to represent all TOC members and look forward to your input. Please feel free to call me directly with any questions, comments or suggestions over the next year at (323) 353-2030.