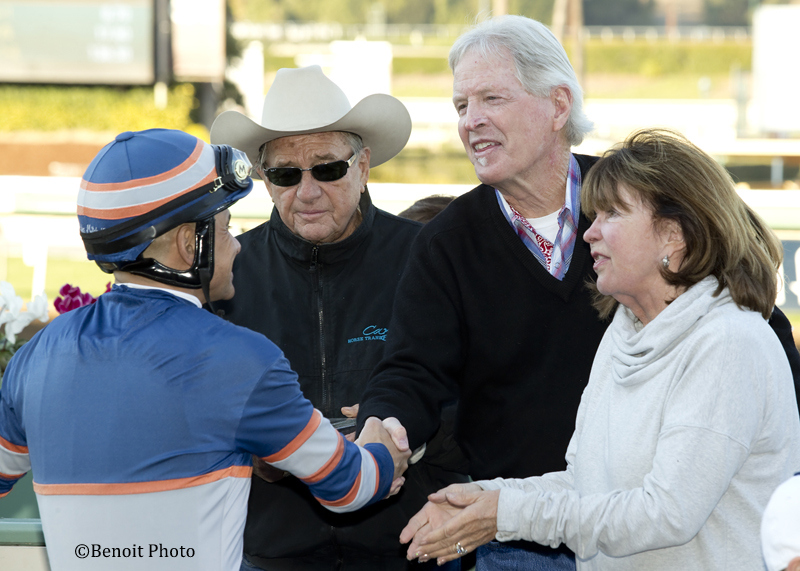 ARCADIA, Calif. (Dec. 30, 2015) — Favored Sunday Rules made short work of seven rivals in storming to a 4 ¼ length win in Wednesday’s $75,000 Kalookan Queen Stakes at Santa Anita. Owned and bred by Nick Alexander, the 4-year-old California-bred daughter of Tribal Rule got 6 ½ furlongs under Mike Smith in 1:14.77. 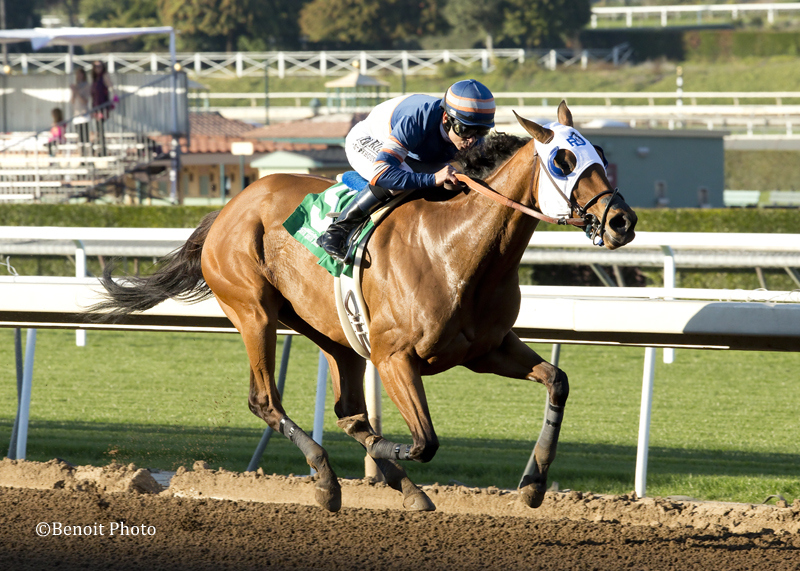 Blessed with an abundance of natural speed, the Phil D’Amato-conditioned Sunday Rules broke running from post position five, shook clear of longshot Dancinthenightaway leaving the quarter pole and cruised home to her seventh win from eight lifetime starts. Off at 4-5, Sunday Rules paid $3.80, $2.80 and $2.40.

Out of the General Meeting mare Sunday Dress, Sunday Rules, who picked up her third stakes win, banked $59,940, increasing her earnings to $444,840.

“As a baby, she was very unimpressive,” said Alexander, known to hundreds of thousands of Southlanders as the proprietor of Nick Alexander Imports, which advertises on radio with the slogan “Nick Can’t Say No.” “She was lame as a yearling. Nothing to look at, she was a plain bay, but from the first time she breezed, (late trainer) Mike Mitchell told me ‘We’ve got something here. We’re not going to run her for a tag.’ And we never have… I’m really proud of her.”