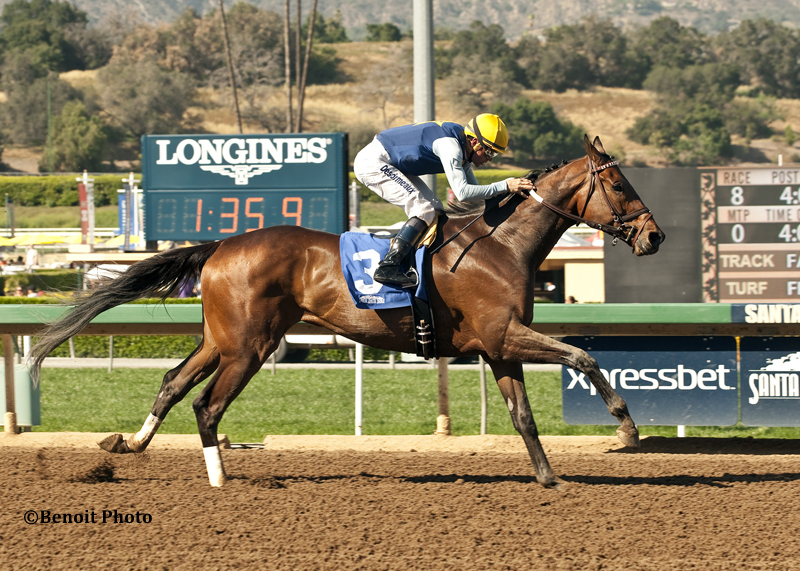 “Full credit to Kent,” said Hess. “They were going pretty quick up there and the race was really over turning for home.”

“He’s a quirky horse,” said Desormeaux. “He doesn’t like to be on the inside. I had Joe Talamo and Ankeny Hill on my shoulder around the first turn and they hung there, so I had to get him out of that situation and then I had clear sailing…The company made all the difference today, he’s a really good horse.”

“I just knew he was going to win on the backside,” said Schroeder. “I can’t tell you how happy I am.”

Off at 15-1, Ankeny Hill finished one length in front of favored Galicado and paid $9.00 to show.

Ridden by Mike Smith, Argentine-bred Galicado, who was off at 8-5, was next to last early but lacked any substantive rally in his U.S. debut.