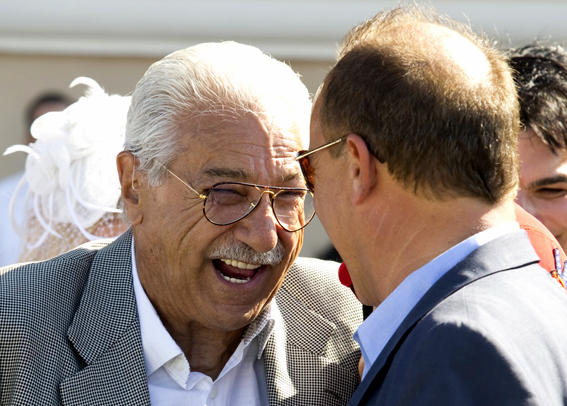 Overcoming a slow start, Big Macher, winner of the 2014 Bing Crosby Stakes, circled his rivals on the stretch turn and went on to win by four and three-quarter lengths in 1:09.18 for the six furlongs. Cherubim was second and Athens third in the field of ten speedsters.

Big Macher, owned by Tom Mansor and Tachycardia Stables and trained by Richard Baltas, went postward the 11-10 favorite and returned $4.20. It was the seventh win in 17 starts for the son of Beau Genius. First prize of $66,360 increased the gelding’s earnings to $684,038, all for his owners who claimed him for $20,000 from his career debut at Del Mar in July of 2013.