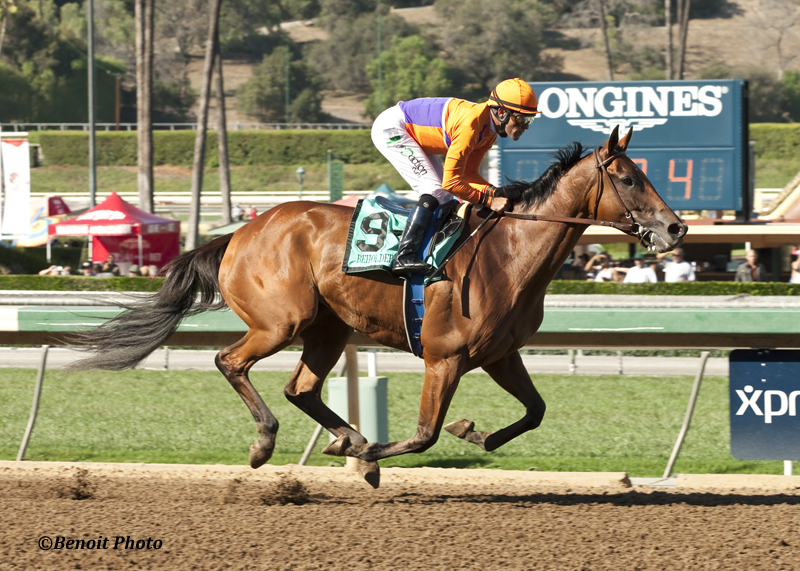 Spendthrift Farm’s Beholder completely dominated seven rivals in Saturday’s Grade 1 Zenyatta Stakes at Santa Anita Park in what could set up a match between the champion mare and Triple Crown winner American Pharoah in the Breeders’ Cup Classic at Keeneland on Oct. 31.

Ridden by Gary Stevens, Beholder defeated My Sweet Addiction by 3 1/4 lengths, with Savings Account third and My Monet fourth. Trained by Richard Mandella, the 5-year-old Kentucky-bred daughter of Henny Hughes covered 1 1/16 miles in 1:42.83.

When asked about a potential showdown with American Pharoah in the Breeders’ Cup Classic, owner B. Wayne Hughes said, “My thought is I’d like to see what happens when that takes place. He’s a very good horse. He’s one of a kind. But he’s a colt—that’s his disadvantage (laughing).”