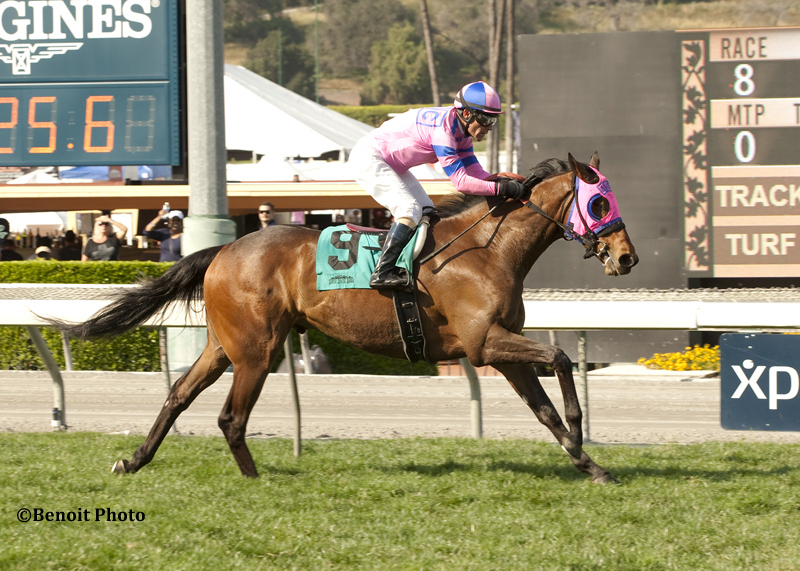 Well back in fifth position into the Club House turn, Ashleyluvssugar, who came off of an allowance win going 1 1/8 miles on turf Feb. 5, raced as a team with the favorite three-wide around the far turn and when Stevens went to his left handed stick at the furlong pole, the 4-year-old gelding by Game Plan seemingly found another gear and spurted clear.