Aidan Butler to be Honored by TOC 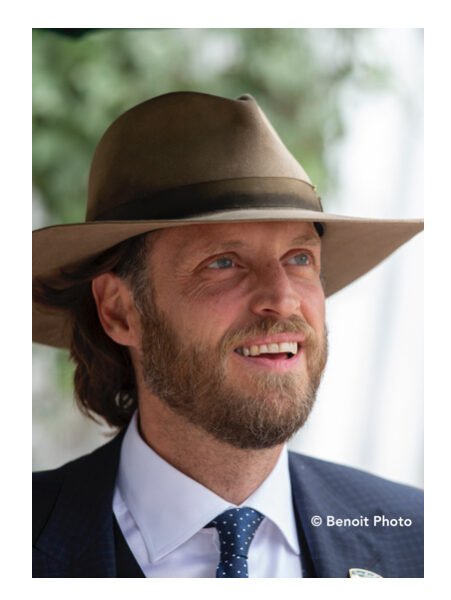 Arcadia, Calif. – Aidan Butler has been selected by the Thoroughbred Owners of California (TOC) as recipient of the 2020 Ed Friendly Industry Service Award. The award is presented annually to recognize outstanding contributions and service in the Thoroughbred racing industry. Originally known as the TOC Chairman’s Award, it was renamed for the legendary television producer, thoroughbred owner, and TOC founding member following his death in 2007. Former awardees include some of the most prominent names in Southern California racing, including Mace Siegel, John Harris, Bob and Beverly Lewis, Jerry and Ann Moss, and Clement Hirsch.

During a transformative time in horse racing, Butler was responsible for the implementation of industry-leading health and safety protocols for horses and riders at Santa Anita Park while overseeing track management and operations at the company’s West Coast venues. In addition, he was responsible for the development of key stakeholder and strategic relationships and most recently for leading Santa Anita Park successfully through the early stages of the COVID-19 pandemic.

“We are very pleased to honor Aidan with this award,” said TOC Chairman, Gary Fenton. “Aidan came to Southern California two years ago and navigated us through an existential crisis and the institution of historic medication changes,” Fenton continued. “He created trust and relationships between stakeholders and was instrumental in bolstering the now thriving Southern California racing circuit.”

“There isn’t an hour in the day that anyone – from staff to racing fans – cannot reach Aidan,” Fenton added. “His dedication to making this industry and everyone around him better is admirable and makes him very deserving of having his name on the same list as so many other industry legends.”

Butler will be recognized at TOC’s Southern California Annual Meeting at Del Mar on August 14th.