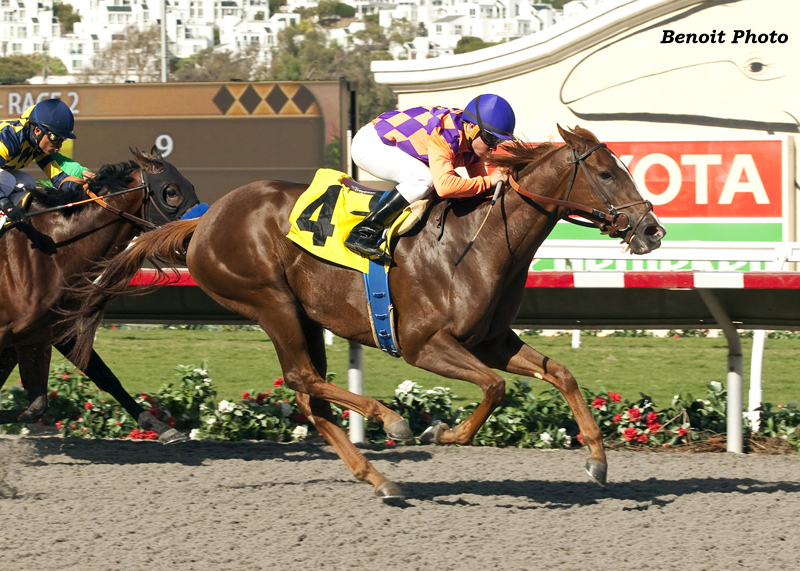 Achiever’s Legacy rallied in the stretch to win the $100,000 Desi Arnaz Stakes Sunday at Del Mar. The two-year-old daughter of City Zip is owned in partnership by Gillian Campbell of Naples, FL, Margaret Cellucci of Richmond, CA and Dan Horowitz of Henderson, NV. She is trained by Jerry Hollendorfer and was ridden to victory by apprentice jockey Drayden Van Dyke.

Achiever’s Legacy returned $21.60 and $9.80 while earning $60,000 with her second win in five starts. With only four betting interests, there was no show wagering.

The winner began her career with a maiden success on the grass at Gulfstream Park in Florida. In her West Coast debut last summer, she was pulled up after the saddle slipped in the Oak Tree Juvenile Fillies Turf at Del Mar. She then was sixth in the Surfer Girl at Santa Anita. Most recently, the filly was beaten just a half-length while finishing third in a Santa Anita allowance race in late October.